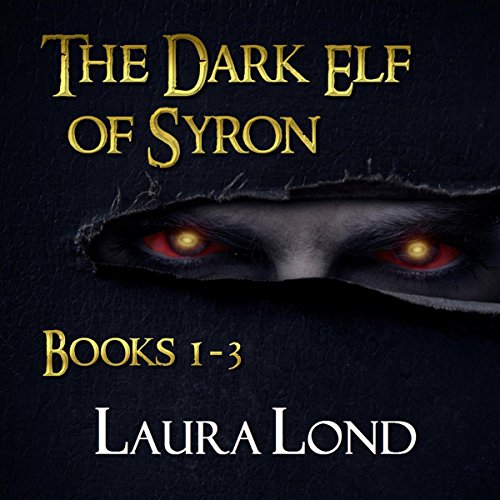 By: Laura Lond
Narrated by: A. T. Chandler

His power is great. The price he had paid for it and the pain he carries are even greater. "The pain takes over sometimes," as he puts it. He can be ruthless then. However, he still has a heart. He is learning to let it beat once again.

This is a combined edition of Books 1-3 of the Dark Elf of Syron series of fantasy novellas.

What listeners say about The Dark Elf of Syron: Books 1-3

Would you consider the audio edition of The Dark Elf of Syron: Books 1-3 to be better than the print version?

No idea, I haven't read the printed version.

Not sure. It was only a series of short stories. Almost like an introduction to a much bigger series. Perhaps if the author went back and built on these stories to make them feel more complete.

What about A. T. Chandler’s performance did you like?

I've definitely heard better narrator, but I have also heard much, much worse. In my opinion A. T. Chandler did a passable job

No idea. I very much doubt that this would ever be made into a film, since it is only short stories.

I was pleasantly surprise by this audio book. I wasn't really sure what to expect. I have heard better stories, and better narrators, but I have most definitely heard worse. Don't expect a literary genius, but I think it was a good attempt. As I have already said, I get the feeling that this was supposed to be an introduction to a much bigger story, and as such, it worked well. As a stand alone, it doesn't feel finished, and needs fleshing out. I did like the characters, and would very much like to know what happened to them.