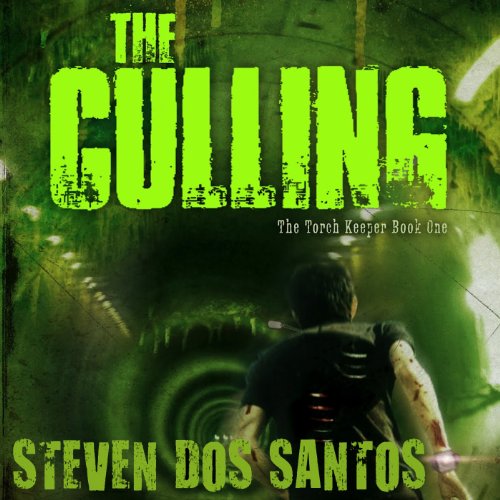 Recruitment Day is here...if you fail, a loved one will die. For Lucian "Lucky" Spark, Recruitment Day means the Establishment, a totalitarian government, will force him to become one of five Recruits competing to join the ruthless Imposer task force. Each Recruit participates in increasingly difficult and violent military training for a chance to advance to the next level. Those who fail must choose an "Incentive" - a family member - to be brutally killed. If Lucky fails, he'll have to choose death for his only living relative: Cole, his four-year-old brother. Lucky will do everything he can to keep his brother alive, even if it means sacrificing the lives of other Recruits' loved ones. What Lucky isn't prepared for is his undeniable attraction to the handsome, rebellious Digory Tycho. While Lucky and Digory train together, their relationship grows. But daring to care for another Recruit in a world where love is used as the ultimate weapon is extremely dangerous. As Lucky soon learns, the consequences can be deadly...

Would you try another book written by Steven Dos Santos or narrated by Josh Hurley?

After plowing through this first book and feeling gutted at how much this didn't meet my expectations, it will take a lot of convincing to get me to try out the next one to see what happens to the protagonist. As for the narrator, I think I'd give him another go for reading other books that are not this series.

The narration was fine. Josh Hurley does a decent reading of this book - distinguishing voices for each character, his voice is clear and the reading pace is steady. The story itself? Not so much.

This was one of the books that manages to stand out of the pool of YA Dystopian novels because of its LGBT theme. It helped that the protagonist's sexuality isn't the central theme of the story and that he was a character of his own right. Because of this, I was all in for it, expecting something new, refreshing and different to be put into the field. And then I became disappointed as I discovered that apart from the LGBT theme, there is nothing new to this. Like every teen high school movie I've seen to date, it fell back to its usual YA tropes. Couple that together with some purple prose and cheesy metaphors, characters making illogical decisions, a plot with elements that try to be The Hunger Games and unanswered questions by the end of the book with promises that they will probably be explained in the sequels.

I really wanted this book to be good, but the more I listened to it, the more I had to accept the fact that it just wasn't.

Redeeming qualities? The narrator did a decent job narrating the story. If it wasn't for his reading (yes, even when he had to read out some of that purple prose and cheesy metaphors) I don't think I'll be able to plow through this until the end. I remember laughing aloud a couple of times while listening to this because of some of the cheesy dialogue as well as face-palming at certain scenes which featured the protagonist and his love interest.

Another thing I liked was the way the protagonist was chosen to be in the Trials. It was different because he wasn't chosen by the automated system but framed by a friend of his for being a traitor, and as punishment, he was sent to be in the Trials.

Other redeeming qualities? Probably the scenes involving said Trials, particularly when it came to choosing which Incentive to die in horrible ways. The idea seems enthralling and cruel and worth reading into. However, by this point, I wasn't affected by the deaths of the Incentives - but then again, it could be because I stopped caring about the story and its characters and merely continued listening just so I could finish the book.

Disappointing. The world-building could have gone better. The characters could've been fleshed out more. The story should probably tone down its often flowery prose. The protagonist should really sort out his priorities (save brother/stay alive vs. continuously being charmed by love interest). The love interest should really sort out his priorities (taking care/fussing over protagonist so openly and obviously to anyone watching vs. staying alive).

One of the reasons why I was attracted to the idea of a LGBT romance in a YA dystopian is how that romance unfolded. Being in a highly tense and stressful situation like in these Trials paves the way for interesting interactions and some slow build character bonding. I got none of that when I listened to this book. The love interest was perfect and dreamy and therefore, uninteresting. There was no substance in the romance that it felt like the shallow romance of every other YA.

Overall, this could have gone better.

This is a great story about the struggle of a young man to overcome the challenges of a brutal dictatorship. This sorry kept me in the edge of my seat as the author kept me guessing about what would come next. The narrator did a fantastic job of using different voices and even making sound effects. The story doesn't end as I expected which is how I like it. Oh, and the MC just happens to be gay but it isn't the focus of the story which is refreshing.

love Josh Hurley as a narrator but the book was crap, not even a little bit believable and the main character is an weak moron everything he does is geared to make you hate him, he's so pitiful and useless towards the end I WANTED him to get killed he was so USELESS. for supposedly being an elite trained unit hes absolutely useless, and has the common sense of a turd, the cruelty of the government isn't even remotely believable everything they do is guaranteed to incite a rebellion...…...over all the story was unbelievable and annoying and horrible.

I am not sure what the author was trying to accomplish but this book is unnecessarily violent and gory. The underlying gay story line is lost in the horrid violence, gore, and psychological terror inflicted on the characters. I listened to about 30% of the book hoping the story would have some redeeming value beyond that violence but ended up giving up.