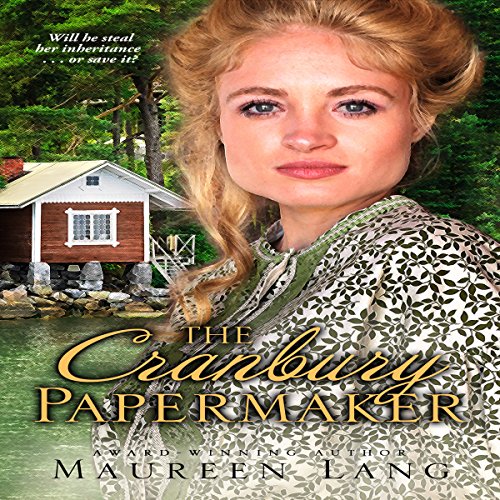 By: Maureen Lang
Narrated by: Devin Crowe
Try for £0.00

Will he steal her inheritance...or save it?

Arianne Casterton is devastated when her father and his new wife are killed in a train accident. Despite her faith in God, Arianne's grief soon turns to despair when she discovers one-third of everything her father owned has been transferred automatically to his wife's son and heir, Jonas Prestwich - someone Arianne never knew existed. Jonas's mother married a backwoods papermaker much too soon after becoming a widow, embarrassing Jonas who lives among Philadelphia's elite. Though he's distressed by his mother's death within a year after losing his father, receiving a portion of the papermaker's inheritance feels like justice. God has blessed Arianne with the passion and talent for papermaking in her family's tradition, but the demands of keeping the business going are nearly overwhelming. When Jonas offers to expand her efforts into something more modern and profitable, Arianne is suspicious, reluctant to give up the art of handmade papermaking. But she realizes without his unwanted help she might lose everything anyway.

The Cranbury Papermaker is the 2015 release from award winning writer Maureen Lang, author of 13 previous Christian romance novels and novellas.

What listeners say about The Cranbury Papermaker

I loved this book. A character who is creating handmade paper in the early 1900s was a great setting for this story and the faith that gives encouragement to all generations. The narrator needs a better male voice.