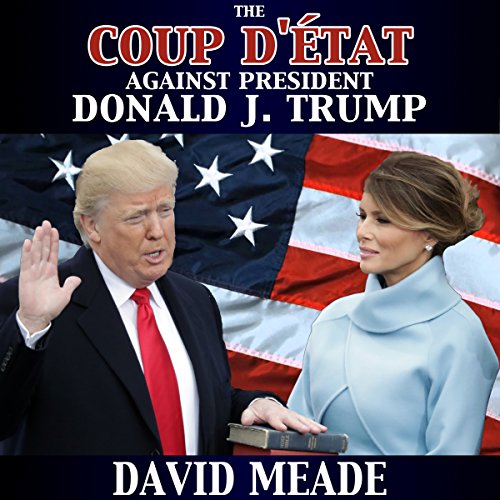 Right now elements of the Unelected Shadow Government are actively attempting to overthrow President Donald J. Trump. This book explores the covert background of the Deep State and the history of who is behind these clandestine operations against the President. It also reveals who funds them and explains what you can do about coming world events to protect yourself.

I explore the myriad of secret societies and name the perpetrators as well.

This book covers the high-stakes collaboration of fifth columnists, orchestrated by controlled media and globalists such as billionaire George Soros. When all else fails, the deluded New World Order group will attempt to create a global economic crisis.

Don't be concerned - this book covers every angle and how you can protect yourself.

George Soros is an international billionaire many times over. He doesn't hesitate to use his money to gain influence, and in turn uses that influence to make radical changes in the fabric of American society. In the opinion of many he is subverting the American political system and forcing his dangerous interests into American legislatures.

Trump knows everything, and he is in process of taking the New World Order people down. Of course they are highly traumatized.

The mainstream media is using distractions to move the public away from the truth. The real hidden hand of the small group of families who run the monetary system of the world includes, among other players, the Committee of 300.

This encompasses the Rothschilds, the Rockefellers, and the Council on Foreign Relations. These are some of the main groups who are pulling all of the strings.

How they operate and the platforms from which they emanate are all covered in this book.

What listeners say about The Coup D'éTat against President Donald J. Trump