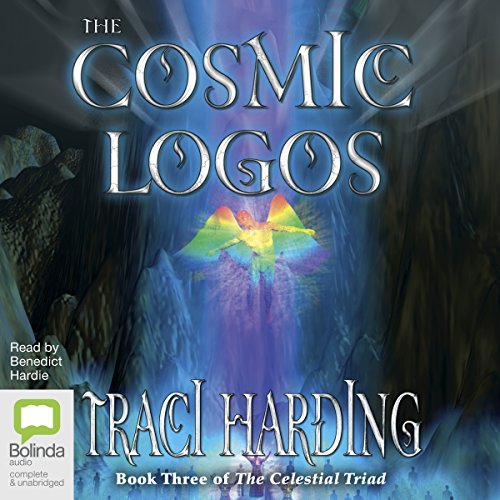 By: Traci Harding
Narrated by: Benedict Hardie
Try for £0.00

The final fabulous story of the Celestial triad, which began with the Ancient Future trilogy.

With the Nefilim gone and all the human races united, it is time for Tory and Maelgwn to unite into one soul-mind and assume their rightful place among the other ascended masters of the Cosmic Logos. But first, they must address the growing problems on Gaia so that their planet of origin may join the new interstellar alliance.

On Kila, Lahmu's newly appointed council is confronted by a major threat to the peace when the Aten space station is mysteriously stolen. Now Lahmu and the young rulers of the intergalactic alliance must track down the culprits before the Aten's time travel function is discovered and history is cast into chaos.

Tory and Maelgwn struggle to guide their kindred, left behind on the earth plane. But will the Dragon's boys perceive the counsel of their absent parents before an intergalactic incident lands Gaia in the middle of a supernatural disaster?

What listeners say about The Cosmic Logos

Ince again, Traci Harding does not disappoint. I was thrown for a loop to find out the Supreme nature of the heroines. Although I love the story, the reader did a terrible job with the voices, particularly the female voices. I enjoyed the performance of the Ancient Oast Trilogy much better.