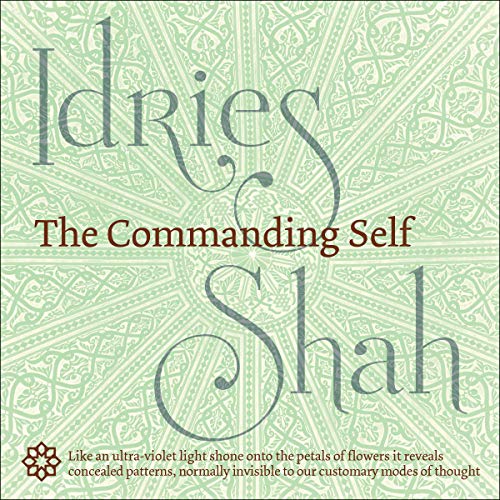 The Commanding Self, in Sufic terminology, is that mixture of the primitive and conditioned responses, common to everyone, which inhibits and distorts human progress and understanding. This audiobook was described by Shah as the key to understanding his entire corpus of work. While complete in itself as an anthology of hitherto unpublished work, it serves to illustrate and amplify Idries Shah’s preceding books on the Sufi Way.

In its introduction, he writes, "Thousands of books and monographs have been written on Sufism and the Sufis, almost all of them from the point of view of other ways of thinking. The result has been chaos in the literature, and confusion in the reader. Over the centuries, some of the world’s most eminent scholars have fallen into the trap of trying to examine, access or consider the Sufi phenomenon through a set of culture-bound preconceptions".

What listeners say about The Commanding Self

An unusual depth of insight.

Whether one wants to go deeper into human psychology or increase one's understanding of Sufism this is a wonderful book which reveals new dimensions with each reading.

I simply love all of the books from Idries Shah and cherish the knowledge recieved from this series. Even more so since David Ault reads them to me!