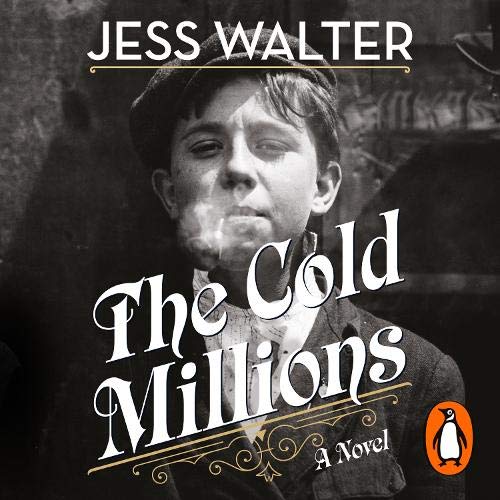 It is 1909 in Spokane, Washington. The Dolan brothers live by their wits, jumping freight trains and lining up for day work at crooked job agencies. While 16-year-old Rye yearns for a steady job and a home, his dashing older brother, Gig, dreams of a better world, fighting alongside other union men for fair pay and decent treatment. When Rye finds himself drawn to suffragette Elizabeth Gurley Flynn, her passion sweeps him into the world of protest and dirty business. But a storm is coming, threatening to overwhelm them all....

The Cold Millions is an intimate story of brotherhood, love, sacrifice and betrayal set against the panoramic backdrop of an early 20th-century America. Jess Walter offers a stunning, kaleidoscopic portrait of a nation grappling with the chasm between rich and poor, dreams and reality, in a sensational tale that resonates powerfully with our own time.

What listeners say about The Cold Millions