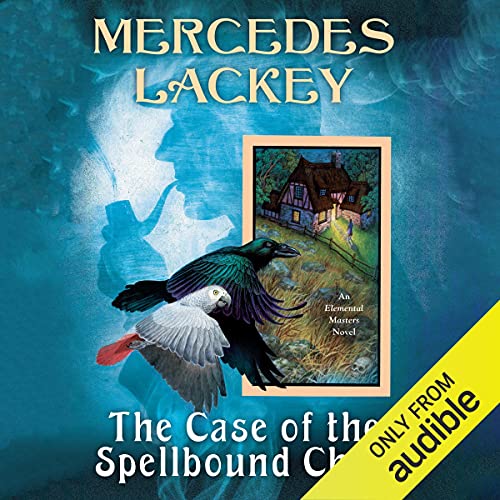 The Case of the Spellbound Child

By: Mercedes Lackey
Narrated by: Gemma Dawson
Try for £0.00

While Sherlock is still officially dead, John and Mary Watson and Nan Killian and Sarah Lyon-White are taking up some of his caseload - and some for Lord Alderscroft, the Wizard of London.

Lord Alderscroft asks them to go to Dartmoor to track down a rumor of evil magic brewing there. Not more than four hours later, a poor cottager, also from Dartmoor, arrives seeking their help. His wife, in a fit of rage over the children spilling and spoiling their only food for dinner that night, sent them out on the moors to forage for something to eat. This is not the first time she has done this, and the children are moor-wise and unlikely to get into difficulties. But this time they did not come back, and in fact, their tracks abruptly stopped "as if them Pharisees took'd 'em". The man begs them to come help.

They would have said no, but there's the assignment for Alderscroft. Why not kill two birds with one stone?

But the deadly bogs are not the only mires on Dartmoor.

What listeners say about The Case of the Spellbound Child

Another fun installment with Nab and Sarah. A great mystery with elemental magic involved.