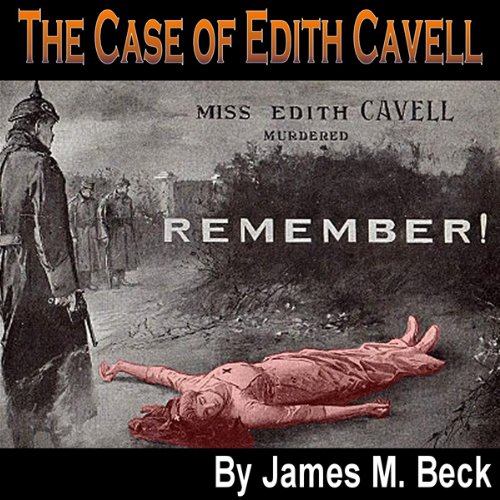 The murder of Edith Cavell is second only to the sinking of the Lusitania for events that outraged and encouraged America to become involved in the First World War. Edith a nurse, volunteered to run a hospital in Belgium behind the German front line. There she ran the medical facilities and offered care and treatment to all that came, including wounded German soldiers. In 1915 the German military authorities arrested Miss Cavell in the middle of the night and she simply disappeared.

What listeners say about The Case of Edith Cavell

This book is a look at the legal framework rather than a narrative.
Disappointed not to find more detail of her life and actions.

If Abu Ghraib was a scandal,

Listen to this book to hear an Anglican Saint justly praised by that mysterious and crafty creature, the American Defense Attorney.