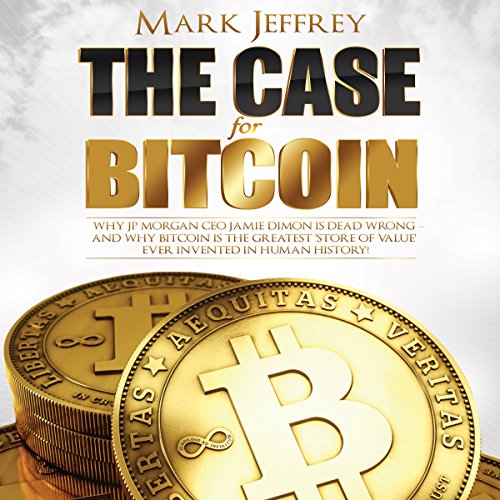 The Case for Bitcoin

In this follow-up to his best-selling Bitcoin Explained Simply, industry expert Mark Jeffrey now makes an argument for what Bitcoin actually means: how it will disrupt banking and other industries and why it is the greatest "store of value" ever invented.

The very notion of what we think of as "money" is about to change radically. Imagine programmable money, smart contracts, perfect voting, third-party-less escrow of titles and deeds, side chains (other block chains that interact with Bitcoin's main block chain), and the ability to be your own bank. And while Bitcoin's "store of value" characteristics are expanding and strengthening due to technological advances, other new technologies are simultaneously diminishing the "store of value" characteristics of gold and traditional currencies.

In short: Gold is Bronze Age; Bitcoin is Silicon Age. The Bitcoin network is already the world's largest supercomputer by several orders of magnitude: It is 256 times faster than all the top 500 supercomputers in the world...combined.

And it's growing exponentially. As a result, Bitcoin is doing to banks what Uber did to taxis.

Bitcoin is likely the most important invention since the Internet itself. This book will tell you what that means and what it will change in the years ahead.

Mark Jeffrey is an award-winning serial entrepreneur of innovative technology companies backed by Tier One investors. He has co-founded five companies and written eight books.

What listeners say about The Case for Bitcoin