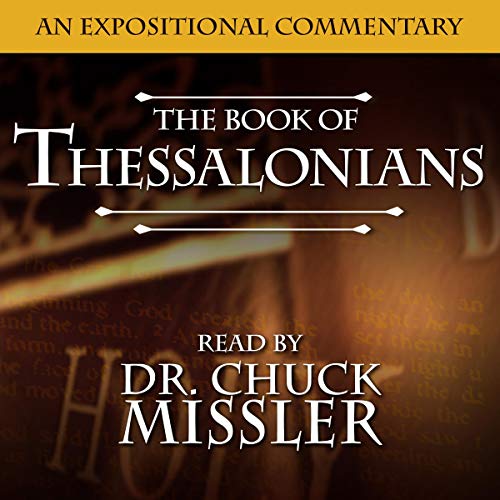 The Books of Thessalonians: An Expositional Commentary

How does eschatological view affect your life? If it has no effect, you might reconsider what you really believe.

Paul's epistles to the believers in Thessalonica are the two most important New Testament eschatological epistles. First Thessalonians is among the earliest New Testament documents: written less than 20 years after Christ's resurrection. Every chapter refers to the Second Coming. The most famous declaration in this letter is on the Harpazo, commonly called, from the Latin, the "Rapture".

Paul's second letter apparently followed his first by a few months. He addressed, among other things, an apparent forgery that was written "as if from Paul". He wrote to settle their confusion over the same issues that plague most prophecy discussions today: Will the church experience the Great Tribulation? When does the Antichrist appear?

What listeners say about The Books of Thessalonians: An Expositional Commentary

So good teaching so God teaching!I’ve heard of Him but never got a learn from him! So so amazing!!really deep. I know I’ll need to listen to books at least 3-4 times until I really understand everything. There’s so much history and knowledge and understanding.

Chuck Missler was a superb Bible expositor and teacher.

May the Holy Spirit continue to use his legacy of teachings to prepare souls for years to come.

I loved this audiobook. I appreciated his background commentary which truly put these books into context.

Chuck is so good, doesn't rightly divide the word of Truth completely, but very knowledgeable and such a good teacher.