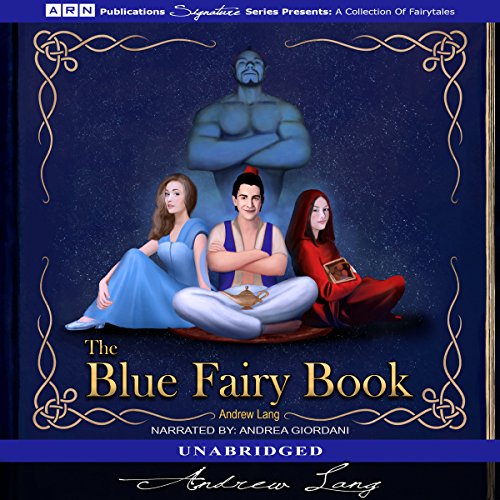 The Blue Fairy Book by Andrew Lang is the first in a series of fairy tale compilation books. These fairy tales cover a variety of cultures and stories, including several from the Brothers Grimm and Arabian Nights stories.

This is a great collection for any listener looking for nearly 40 different stories in one book. Lang includes classic tales such as "Cinderella" and more uncommon adventures, including "The Story of Prince Ahmed and the Fairy Paribanou". In this story, Prince Ahmed rescues Princess Paribanou, who happens to be a genie. The prince's own talent of being able to protect anything from the size of an army to the size of his pocket, and the luck of finding an apple that will cure anyone who smells it, is such an imaginative story that children from around the world will be drawn into Lang's world of the fantastic.

Another exciting tale in the compilation is "Diamonds and Toads". In this French fairy tale, a beautiful but mistreated young woman is shown to be kind to a fairy that is disguised as an old lady. As a reward for her behavior, the fairy blesses the sweet girl so that a rose, a diamond, or a pearl falls from her mouth every time she speaks. Often rewarding kindness, these fairy tales are sure to entertain and teach morals at the same time to their young listeners.

I’m not sure if the stories were written badly with a few words spelt incorrectly or if the reader mispronounced them but it was very disconcerting. Personally the run on sentences (there seemed to be a lack of pauses) and the incorrect words irritated me.