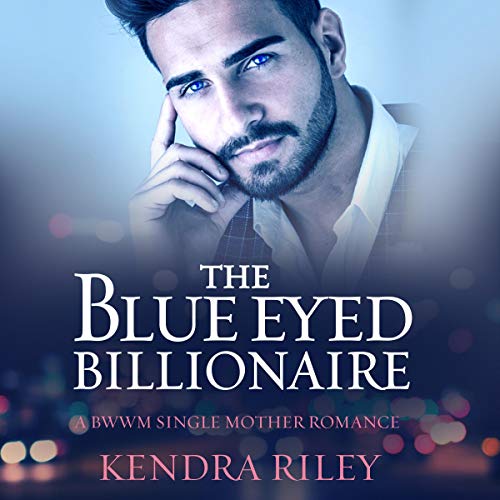 When blue-eyed billionaire Dante Santoro puts his mind to something, it usually means he is going to sleep with it. And Aniya Compton was his latest target.

But she was proving to be tougher to get into the sack than he imagined. Not even throwing money around could sway her. This made Dante even more intrigued. He was not going to stop at anything till he had Aniya right where he wanted her.

But Aniya had a cute little three-year-old secret back home who might just make Dante think twice about pursuing her.

However, when Dante discovered the truth, nothing could have prepared Aniya for what would happen next....

This is a sweet and often steamy BWWM single-mother romance. After years of being used and taken advantage of, can Aniya find love and happiness when she least expected it?

What listeners say about The Blue Eyed Billionaire

it's an amazing experience and story

loved it ,didn't except a single mother romance story though, it was very cool. 🤗🤗

I like that the main character was a single mother who had put her daughter 1st above all else. However, I felt like Dante was a little aloof. I wasn't really sure until the middle to the end of the story that he truly loved her. His attitude said otherwise.I may consider buying another book from this author.

This book was better as it moved along. Took a while to get used to the narrator’s voice. She did a good job with Spanish dialect. She didn’t seem to be reading and had gotten more into the characters as book progressed. Dante was a sweetheart for treating the little girl the way he did.

Nothing likable about the charaters or the storyline. The storyline is based on 22 yr old who has unprotected sexy with a man yes has known less than 3 months in a different country. He tells her he is not interested in a serious relationship and we as readers are suppose to feel bad for her bad choices? Then 3 yrs later she is ready to repeat the same thing after meeting a man she’s know lees than a day....that’s just dumb

struggled to finish this book. the men were awful and the woman was weak. cant understand why books claiming to be bwwm romances are always featuring women who are mixed or somehow acceptably light enough to be love by a man of different race.

1st read by this author and kinda boring.
I will give another book a go and see what happens.

This book was so unrealistic and very one sided. I didn’t like how the biological father was forced out of the child’s life because he was a playboy and label unfit because of his playboy ways. He never got the opportunity to meet the child in the whole book. Also her love interest in the book was an arrogant and self centered as well as cold and caring. He never told her he loved her but she married him. He was a playboy before he changed his ways for her and the child. So why couldn’t the biological father evolve as well? The lead character was written as helpless with out him and he was portrait as a hero because he looked over the fact she was a single uneducated mother and he still wanted to be with her and her child. Like being a single mother was some big flaw. There was no true story line. Too many open ended charters and scenarios and not enough background on the charters.

Great story, however, I wanted to hear why Jose’ gave parental rights to Dante! But great love story.