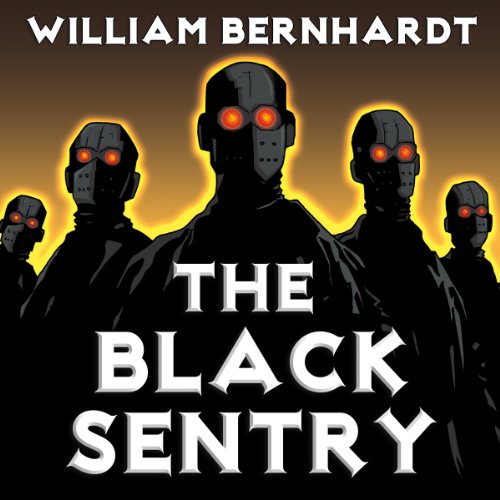 In the ruins of North America, the Laws and Ways of the Sentinel control everyone and everything. The Sentinel's rule is enforced by The Black Sentry, his ominous ever-present police force. Every aspect of the villagers' lives is dictated by the Sentinel's orderly inescapable plan - including the Winnowing, the armed combat each boy is required to undergo on his sixteenth birthday.

Daman Adkins is worried about his impending Winnowing, but he's even more troubled by everyone's blind acceptance of the Sentinel's inflexible regime. With the help of Brita, the brilliant girl he admires, and a slave, Xander, he tries to learn more about the fabled Resistance - the only people brave enough to stand up against the Sentinel. When Daman meets a Rebel on the run, he is forced to choose between the dull but predictable life he has known all his life - and the slim chance for a better world.

What listeners say about The Black Sentry