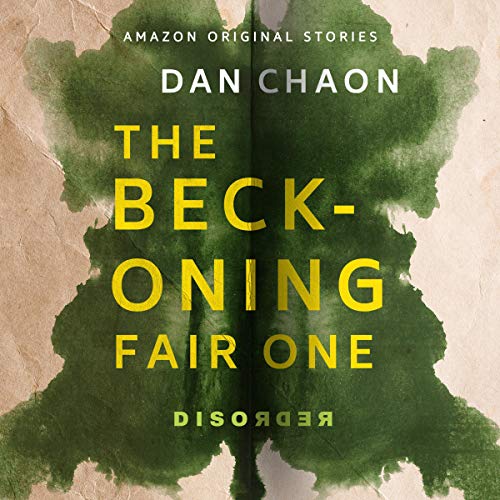 All teenagers come of age. But in this spellbinding story by the bestselling author of Ill Will, one girl’s awakening requires something special. Something strange. Then it can all work like a charm.

Ever since they were orphaned, Tyler has kept close tabs on his sister, Shannon. He has to, considering her weird and risky obsessions. Now she has a new one: an inexplicable crush on an odd-looking stranger. And what Shannon wants from her unwitting “honey boy,” Tyler can’t begin to fathom. Not until he follows his sister into the darkest corners of her desires.

The Beckoning Fair One is part of Disorder, a collection of six short stories of living nightmares, chilling visions, and uncanny imagination that explore a world losing its balance in terrifying ways. Each piece can be read or listened to in a single disorienting sitting.

Uneasy, but you will be replaying it in your head

This starts as a story of a pair of kids, brother and sister, making their way on their own after their grandmother/guardian dies. And like all unsupervised teens, they make questionable decisions.

But clues are planted all the way thru this story as to its real nature, and after the twisted ending, you will find yourself replaying this in your head, seeing where the twist fits in with everything you were told leading up to it.

It had a twist at the end!

Narrator was great! Story was different than I expected. Great to listen to while working.

very attention-grabbing! A bit more risky than I was expecting, but very enjoyable from start to finish!

I can usually figure out what's going on within the first couple of chapters of a book. Not this one!! The performer had the absolute perfect voice to portray all of the characters in this story. And talented! He smoothly took you on the journey from beginning to end. Excellent!

A close race with "Loam" as my favorite of the "disorder" collection. Enjoy! Thanx Dan Chaon

This short story was a head twister. It kept me wondering. Good story, good narrator.

I think I'm going to give up on the series of free audio books. They are all extremely weird and creepy and don't make good sense. probably would make great popular movies. :-)

This story was very good, but it was very creepy. I enjoyed it. There were parts I didn't fully understand.

This story seemed to have real potential from the beginning, but did not follow any of the predictable patterns I had in mind. It just got weirder and weirder until the end. I was left with many unanswered questions.