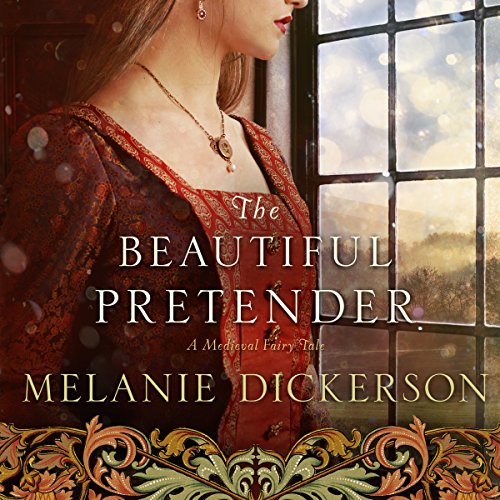 After inheriting his title from his brother, the margrave has two weeks to find a noble bride. What will happen when he learns he has fallen for a lovely servant girl in disguise?

The Margrave of Thornbeck has to find a bride - fast. He invites 10 noble-born ladies who meet the king's approval to be his guests at Thornbeck Castle for two weeks - a time to test these ladies and reveal their true characters.

Avelina has only two instructions: keep her true identity a secret and make sure the margrave doesn't select her as his bride. Since the latter seems unlikely, she concentrates on not getting caught. No one must know she is merely a maidservant sent by the Earl of Plimmwald to stand in for his daughter, Dorothea.

Despite Avelina's best attempts at diverting attention from herself, the margrave has taken notice. And try as she might, she can't deny her own growing feelings. But something else is afoot in the castle. Something sinister that could have far worse - far deadlier - consequences.

One of her better books

Would you listen to The Beautiful Pretender again? Why?

Those familiar with this author will know she has written several Fairy-Tale retellings. This was one of the better ones. I have the paperback and I would consider reading again.

Have you listened to any of Jude Mason’s other performances? How does this one compare?

I have heard one or two other books by this narrator, and she is usually good.

This is a light ckean romance. It was funny and even suspenseful in part. Good read.

I thoroughly enjoyed this book. It had a good storyline and characters that kept my attention.

This medieval tale was almost like the TV show The Bachelor. However, we don't get to know very many contestants. Just three of them, the heroine, the insta-friend, and a very cliched nemesis. A little bit of creativity was shown with the sidekick, but overall It was a very simplistic story. Some of the plot points were just abandoned along the way. And for the ones that couldn't be... a character was added to the end so all the problems could be solved within a page or two. A bit like a deus ex machina... one of my pet peeves.... The dialog was stilted and formal, but the narrator handled it pretty well. So overall, if your looking for a light hearted story where the good guys win in the end just because they are supposed to... suspend your inner logical thoughts, don't expect too much, and you maybe can enjoy this one.

I loved this story. It was a great story with catching twists and turns. Great ending! Definitely will listen to this author again!! 👍🏼

Another lovely Melanie Dickerson! What a wonderful author! And Jude Mason amazing as well; could not have a better narrator. :)

I enjoyed the story and the narrator was good. It did feel like it was intended for a teenage audience but I enjoyed it still.

always an adventure and always someone to be saved whether it is the damsel or Prince charming!!

I love all of Melanie's books, but sometimes it gets annoying when the main love interests don't tell each other their feelings because of their inability to properly communicate or some silly reason, but this book has a very good reason they shouldn't be together which made the premise much more believable. I think this is my favorite Dickerson book!! I'm also so happy Jude Mason is back as the narrator in the 1st book of this series was horrible. Jude did a good job of changing voices most of the time, which made the book enjoyable. I loved it so much I stayed up until 2am finishing it when I knew my kids would be up at 6...and I've been thinking about it all day wanting to start listening to it all over again right now, just to feel the feelings I had yesterday. Highly recommend!!

This is my favorite book of Melanie Dickerson's because of how well the story is written and how the characters seem so real. You will love the romance and action that this story has. It has unexpected plot twists and will make you want to listen to it all at once. Enjoy!