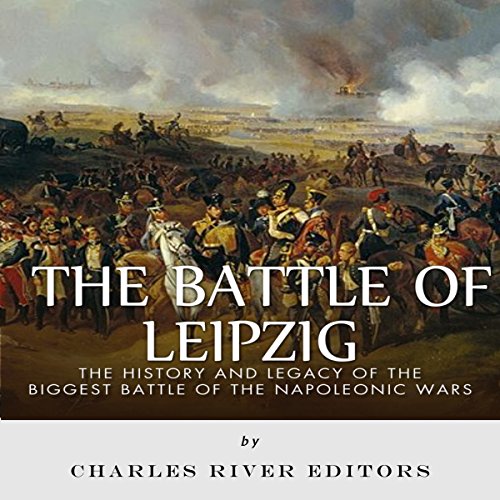 The Battle of Leipzig: The History and Legacy of the Biggest Battle of the Napoleonic Wars

Though Napoleon Bonaparte's unquenchable thirst for military adventurism eventually cost him both his throne and his freedom during the Napoleonic Wars of the late 18th and early 19th centuries, the French emperor was not easily defeated, even when most of Europe's nations united against him. Two military setbacks, on a scale unprecedented in history, were required before the high tide of Napoleon's success began to ebb towards the final denouement of the Hundred Days and the famous Battle of Waterloo.

The incredible losses inflicted on Napoleon's Grand Armee by the ill-fated invasion of Russia in 1812 constituted the first setback that switched the Corsican's life journey from the road of success to that of defeat and exile. A huge, veteran, highly experienced force, the French Army of Napoleon perished on the rain-soaked tracks and sun-seared plains of Russia. Napoleon eventually committed over 400,000 men to his Russian project, but at the end of a relatively brief campaign, only about 40,000 men returned to Germany alive, and the Russians took some 100,000 prisoner and largely absorbed them into the Russian military or population. The remainder died, principally from starvation, but also through enemy action and the bitter cold of early winter.

The failed Russian invasion set the stage for the second defeat at Leipzig, which essentially sealed the fate of Napoleon's empire. The four-day Battle of Leipzig in October 1813, romantically - but accurately - dubbed the "Battle of the Nations", proved the decisive encounter of the War of the Sixth Coalition and essentially determined the course the Napoleonic Wars took from that moment forward.

What listeners say about The Battle of Leipzig: The History and Legacy of the Biggest Battle of the Napoleonic Wars

Interesting book about this French hero.

What did you love best about The Battle of Leipzig: The History and Legacy of the Biggest Battle of the Napoleonic Wars?

Adopting France as my home it was very interesting listening to this audiobook about Napoleon's military career.

I think Phillip J. Mather has the perfect voice for historical audiobooks.

This is a very interesting audiobook which I would not fail to recommend.