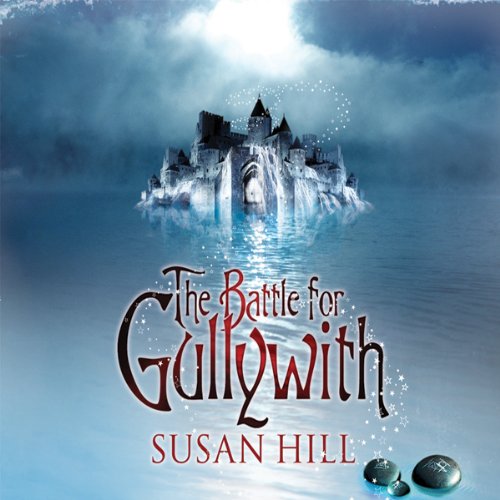 When his family moves to Gullywith Farm in the Lake District, Olly just can't imagine being happy in his new home. Gullywith is the coldest house in the world, and no one has lived there for years.

Then Olly meets KK, and she tells him locals won't go near the place. It does seem to be jinxed - the roof falls in, walls collapse but even more strangely, Olly notices that there are stones at Gullywith that can move around of their own accord - stones with ancient markings on them. He feels sure that they are angry about something. KK takes Olly to see the mysterious Nonny Dreever to ask his advice, and he tells them they must return the stones to Withern Mere.

As they search for the answer to Gullywith's secret, Olly is drawn into a world of myth, magic, and midnight adventure deep inside the surrounding hills. What is the ancient power that controls the stones and can anything be done to end their hold over Gullywith?

"This is a perfect family book because the adult reader will share the pleasure of the listening child." (The Guardian)
"Hill creates a colourful, magical world which you experience with every sense." (The Bookbag)
"The adventures are sometimes festive, sometimes perilous - all colourfully described. The story is so competently told and moves, in short chapters, so swiftly from one excitement to the next that readers haven't breath to question the magic." (Armadillo)

A lovely children's story of a family uprooting to move to the country. It tells of the son Oliver's period of adjustment and his magical adventures as he attempts to save the home called Gullywith which the family has bought. It all happens during the long summer holidays and indirectly the adventures also help Oliver settle into his new school

What disappointed you about The Battle for Gullywith?

The story was laboured, confused and so slow to develop.
The narration was poor - just read as if an average reader was reading to to their child - no differentiation between characters and no real feeling to the storyline

Would you ever listen to anything by Susan Hill again?

If you could play editor, what scene or scenes would you have cut from The Battle for Gullywith?

I gave up after an hour!

Such a shame. Susan Hill is a great author but she makes the mistake of reading this like she's reading to very young children, and as I work with children, I know that the rather patronising style quickly palls with them, as well as me! Someone else e.g Nadia May? would do a much better job. Do it again, please!