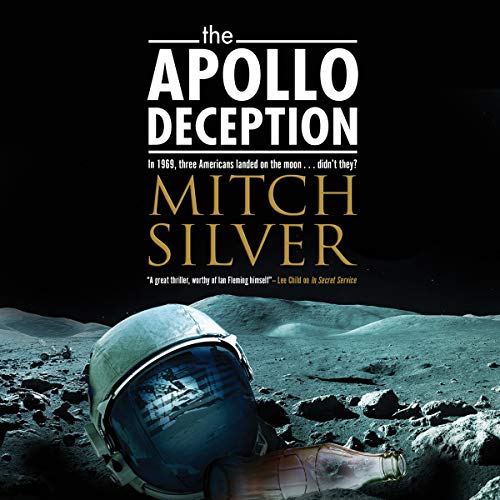 By: Mitch Silver
Narrated by: George Newbern
Try for £0.00

After China announced a space mission to place its own flag next to the one US astronauts planted during the Apollo 11 mission, few people bat an eyelid. Shortly after this statement, Charlie Stephens, an 81-year-old former filmmaker, is murdered. The incident is made to look like an accident, but why?

Going through his father’s effects, Gary Stephens - a director of beer and yogurt ads - discovers seven cans of old 35mm film. Dated before the landing, they’re identical to the footage NASA claims was shot by the Apollo 11 crew. The US flag is not and has never been in the Sea of Tranquility, and only Tricky Dick and a handful of others knew it. Why was the real nature of the Apollo 11 mission kept hidden? And what measures will be taken to keep the secret buried?

What listeners say about The Apollo Deception

Very predictable and not a great listen

I really REALLY wanted to like this one more.

Ok this one I have been waiting and it finally was released, with an excellent narrator in George Newbern. I was excited to get started, and dove right in when I finally downloaded it.

Did it live up to expectations? Barely. The performance is outstanding, and the overall production is clean and well-paced.

It's the story that gets me and the suspension of disbelief that is required. It would be difficult to have a plot based review here, so I will only note that there are a number of extreme reaches in the plot required to make this story even slightly believable.

That said, most of the characters are well illuminated and fun to travel with. Newbern is given free rein here and does so. On balance, this offering comes recommended with the caveats I have noted above.