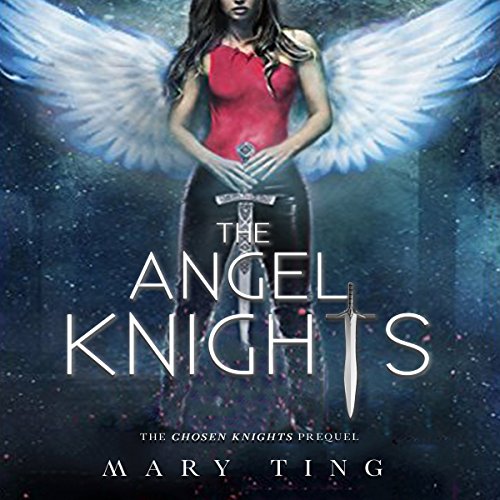 Michael and Claudia's decision to move back to Crossroads was to keep their children safe, but they can't escape who they are. Their children, Zachary and Lucia, were destined to be demon hunters - Venators. From the age they were able to hold swords, they were trained to become the best, to ensure they would become leaders one day.

All is peaceful throughout the land until the Fallen and demons' presences were felt in the between and on earth. As the Venators investigate these locations, they will quickly learn how dangerous their lives are. Hearts will be broken. Teammates will lose their lives. And they will face obstacles that will test their faith.

As danger grows, the fear of fallen angels and demons regrouping has the Divine Elders on pins and needles. Now Zachary and Lucia, along with Uncle Davin, must prepare themselves - mentally and physically - to live on earth to investigate where the focal point of evil resides before it's too late.

What listeners say about The Angel Knights - Prequel

Mary Ting’s The Crossroads Saga introduced readers to the story, meeting, and eventual love story of Nephilim Michael and the not quite human Claudia, along with their loyal friend Davin. The Angel Knights series picks up as their twin children Zachary and Lucia continue their training as demon hunters, Venators, and take on more challenging assignments, under the guidance of Davin. This book gives us some insight into the training of and dangers the Venators face and tid bits of things to come in future editions.

Mary Ting spun a good tale that kept my attention and had me wanting more. I appreciated this story much more after having listened to it both before and after book 1 of the Angel Knights series as many more pieces fell into place after the second read.

Kerri McCann does a nice job with the narration and as always gives us a good variety of characters personalities and voices.

This audiobook was provided for an unbiased review.

The narrator was so bad that I couldn’t get into the story. I feel like I wasted my credit.