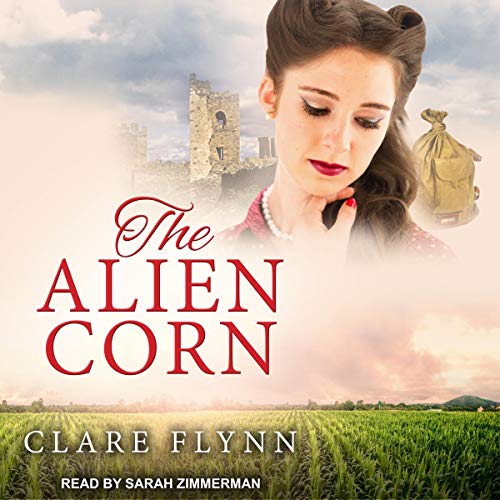 By: Clare Flynn
Narrated by: Sarah Zimmerman
Try for £0.00

They faced up to the challenges of war - but can they deal with the troubles of peace?

Canadian Jim Armstrong married in haste during the Second World War after a one-night stand. When his wife and their small son join him in Canada, it's four years since they've seen each other.

War bride Joan discovers Jim has no intention of the family returning to England. She struggles to adapt to life on a remote farm in Ontario, far from her family and cold-shouldered by Jim's mother.

Jim, haunted by his wartime experiences in Italy, Iingering feelings for a former lover, and the demands of the farm, begins to doubt his love for Joan.

From the rolling farmland of Ontario to the ravaged landscapes of war-torn Italy, this sweeping love story is the sequel to The Chalky Sea.

What listeners say about The Alien Corn