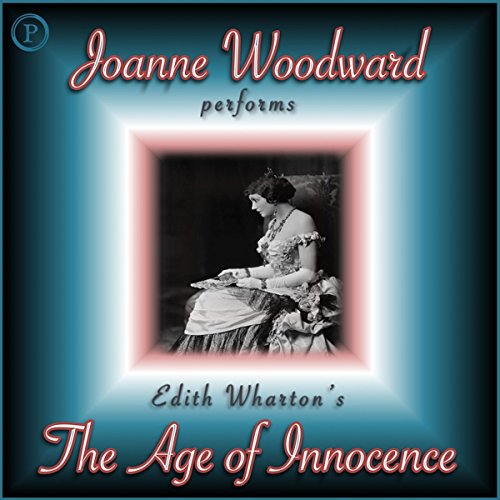 The Age of Innocence

By: Edith Wharton
Narrated by: Joanne Woodward
Try for £0.00

Winner of the 1921 Pulitzer Prize, The Age of Innocence is Edith Wharton’s masterful portrait of desire and betrayal which takes place in the sumptuous Golden Age of Old New York, and questions the morals and assumptions of the elite New York society set in the 1870s when "scandal was more dreaded than disease."

This is Newland Archer’s world as he prepares to marry the beautiful but conventional May Welland. But when the mysterious Countess Ellen Olenska returns to New York after a disastrous marriage, Archer falls deeply in love with her. Torn between duty and passion, Archer struggles to make a decision that will either courageously define his life—or mercilessly destroy it.

Performed by Academy Award winning actress Joanne Woodward who also provided the narration for the 1993 film version of The Age of Innocence.

What listeners say about The Age of Innocence

Same narrator from the movie version

I got this because I thought the parts of Joanne Woodward's narration in Scorcese's film adaption werer a eally brilliant addition to the movie. I wish it wasn't an abridged edition but all the main story is there and it was very enjoyable.

Who else but Joanne Woodward could narrate and read The Age of Innocence to listeners? Her performance, her smooth voice and her inflection and intonation were perfect. It was like listening to a radio program that drew you in and kept you there by the fire in a completely other world. What a way to listen to a classic read to you by a classic.

All I can hear is what sounds like dentures rattling around in this woman’s mouth as he reads. She does fine doing voices etc but the mouth noises are awful. I can even listen to the book!

I’ve never listened to a classic novel before. Hearing Joanne Woodward do the reading was such a treat.