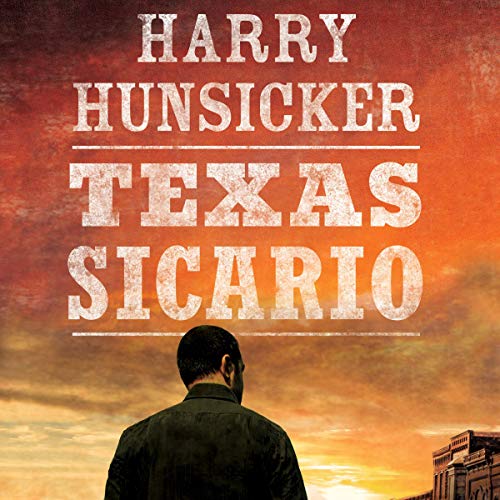 Former Texas Ranger Arlo Baines knows all about pain: how to bear it, how to avenge it, and how to inflict it.

Still mourning the murders of his wife and children, former Texas Ranger Arlo Baines now works security at a bazaar in Dallas. Grief-stricken, he’s invested his heart and hope in the welfare of Miguel - a street kid who’s become his surrogate son. But the wounds of a brutal past are hard to heal, especially when a new case threatens to rip them open all over again.

Approached by a colleague now working for the DEA to investigate the seemingly random murders of prominent Latino businessmen, Arlo works to expose the common link: an ultraviolent drug cartel pushing into northern Texas. As the vicious power struggle between the gangs turns the streets of Dallas into a war zone, Arlo’s investigation threatens everything he loves.

When grief, anger, and secrets stretch the bonds of loyalty to their breaking point, Arlo can trust no one - but must risk everything to protect what remains.

What listeners say about Texas Sicario

I both really liked and was (initially) a little confused with this new Arlo Baines book by Harry Hunsicker.
First I think it was a pretty good story of good vs evil. There are decent Mexican people and then there are not so decent as in the drug cartels. The protagonist in this book Arlo Baines is leading the war in his little neck of town. Arlo and a a local businessman/friend have taken in a child and are pseudo fostering him. They later find out that the cartels have been using children for sicarios because nobody suspects a child to kill. Great premise.
What I found confusing with this book is the character of Arlo was not the same character from the last book. That character was a traveling man who never spent too long in one place. Kind of hard to foster a child if you're not staying long. This change of character is resolved but not until the very surprising and somewhat sad ending.
Eric Dove does a great job narrating.
HIGHLY RECOMMENDED and $1.99 with kindle unlimited.
If you found this review helpful please indicate so.
Thank You.

I did not think TEXAS SICARIO is quite as good as The Devil's Country. I found it very enjoyable. Eric G Dove, one of the best, narrates this novel.

TEXAS SICARIO has been in my Audible library since it was released in mid-January. It seems to have been lost. I'm happy I found it.