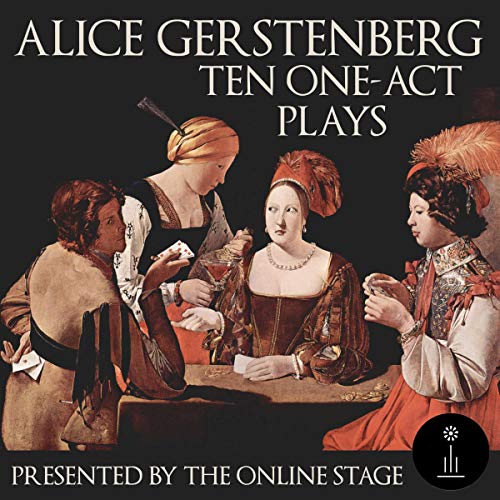 Alice Gerstenberg (1885-1972) was an American playwright, actress, and activist. She is best known for her many feminist plays, which often feature female lead characters and all-female casts (a rare occurrence at the time). This is a collection of ten one-act plays, which cover a wide range of topics -highlights include a lighthearted farce involving gossiping women, a satire about dinner parties, and a comedy about the pretensions of conventional theater, but some plays also touch on more serious themes such as death, war, and the effects of an unhappy marriage.

Also among this set of plays is Overtones, Gerstenberg's most original and best-known work about two women, Harriet and Margaret, and their "primitive selves". Overtones is known as one of the pioneering works of psychological drama and was a revolutionary presentation of the subconscious in theatre; major playwrights such as Eugene O'Neill have acknowledged its influence on their own work.

Gerstenberg's most significant contribution to the little theater movement was her founding of the Playwright's Theatre of Chicago, which opened up opportunities for local playwrights to produce their work. She was awarded the Chicago Foundation for Literature Award in 1938.