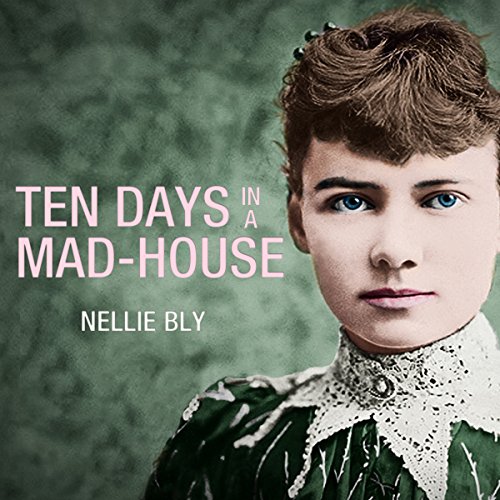 Ten Days in a Mad-House

By: Nellie Bly
Narrated by: Rebecca Gibel
Try for £0.00

In 1887 Nellie Bly had herself committed to the notorious Blackwell's Island insane asylum in New York City with the goal of discovering what life was like for its patients. While there, Bly experienced firsthand the shocking abuse and neglect of its inmates, from inedible food to horrifyingly unsanitary conditions. Ten Days in a Mad-House is Bly's exposé of the asylum. Written for Joseph Pulitzer's New York World, Bly's account chronicles her 10 days at Blackwell's Island and, upon its publication, drew public attention to the abuse of the institutionalized and led to a grand jury investigation of the facility. This series of articles established Bly as a pioneering female journalist and remains a classic of investigative reporting.

What listeners say about Ten Days in a Mad-House

wonderful glimpse into a dark existence now hopefully far less common. would recommend to anyone as a beneficial account

Listened to this all in one go. A phenomenal and heartbreaking true story. Everyone should listen to this

An interesting window into the past.

I really enjoyed listening to this account of a mad house. it's a really interesting look into a present long gone. It has to be taken for what it is a journalist making a book from a column. But that is what makes it special. it's not trying to be anything more than it is. It's now a personal favorite.

Overall it's a good book with a great story. I didn't like the narration though because she sounded like a robot.

Just thank you to Nellie for what she did. It was a gift to the less fortunate. I am better for having learned this piece of history.

two hours of this stupid lady wondering if she will get caught trying to fake her way into an insane aslyum. the story is continually side tracked by pointless back and forth contemplation. she has the same conversation in her head over and over, will I get caught/ will they find me out. It is infuriating. I hoped the woman would be killed at the end, but no happy ending in this story. avoid, this story is not scary. interesting or worth listening to.