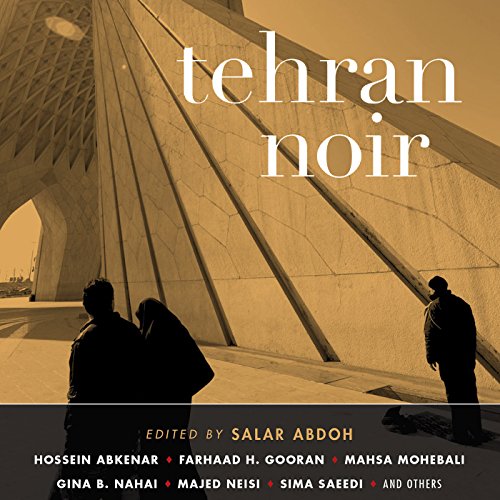 Launched with the summer '04 award-winning best seller Brooklyn Noir, Akashic Books continues its groundbreaking series of original noir anthologies. Each audiobook is comprised of all-new stories, each one set in a distinct neighborhood or location within the city of the audiobook.

From the Introduction by Salar Abdoh: "There is something of both the absolutely spectacular and positively disgraceful about Tehran. But most writers around the world are inclined to think that their own sprawling metropolis is the capital of every imaginable vice and crime, of impossible love and tenderness and cruelty and malice in measures that seldom exist anywhere else. For me, Tehran's case is no different - except that there really is a difference here. The city may be a hothouse of decadence, a den of inequity, all that. But it still exists under the watchful eye of a very unique entity, the Islamic Republic. The city enforces its own morality police, and there are regular public hangings of drug dealers and thieves. Because of this, there is a raging sense of a split personality about the place - the imposed propriety of the mosque rubbing against the hidden (and more often not so hidden) rhythms of the real city... There is always an element of the end of the world about this place. A feeling of being once removed from the edge of the precipice. Elsewhere I have called it the 'Seismic City' - the seismic sanctuary. All of this will end one day. Yes. And maybe sooner than later. And when it does, by God, we will miss it."

"This entry in Akashic's noir series takes the gritty sensibilities born out of American film and fiction to Tehran." (Publishers Weekly)