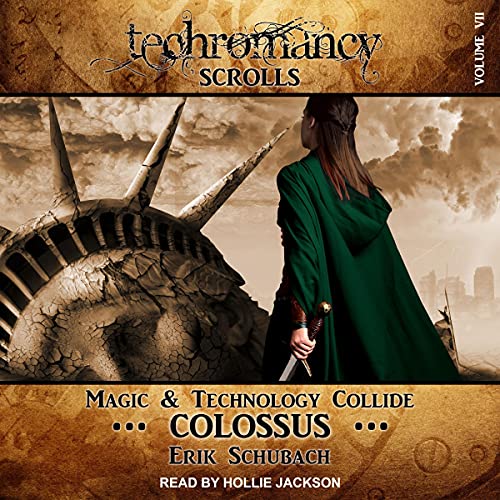 By: Erik Schubach
Narrated by: Hollie Jackson
Try for £0.00

Almost 3,000 years after an extinction level event on Earth, mankind seeks to regain its former glory, in a new world where magic and technology collide.

The habitable lands settle after the happenings in New Cali, and their people join Sparo as one of their newest realms. And Laney Herder has settled into her Great Mother role as the coruler of Sparo, accepting both her role in the world and herself as her abilities continue to grow along with her power.

The location of the writings of the magics of the Great Wizards of the Before Times has been ascertained, and an expedition from Sparo is assembled to embark upon the most ambitious undertaking of their time.

Laney leads the epic search for the faraway land of the DC to find the mythic Library of Congress to finally complete Sparo's reclamation of the knowledge of the Before as Sparo forges a new path forward.

Wow is all I got. Sad it comes to a end but enjoyed it nonetheless. I do feel like there could be more though.