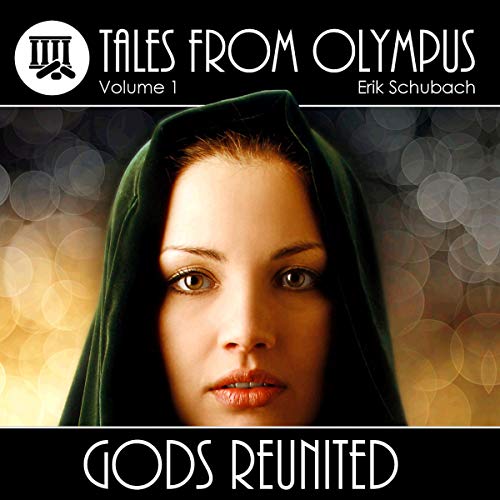 By: Erik Schubach
Narrated by: Hollie Jackson
Try for £0.00

After thousands of years away from her home planet of Olympus, Artemis of the Hunt has finally returned to the Citadel. She brings with her hundreds of Olympian men rescued from the clutches of the Titans by the legendary Valkyrie, Kara the Wild One, along with a peace envoy of Asgard intent on coming to a peace accord and mutual defense pact with Olympus. Olympus comes under attack, and Artemis and the Asgard must stand against the oncoming enemy. (The Tales from Olympus are the continuation of the Valkyrie Chronicles.)

What listeners say about Gods Reunited

Enjoyed this continuation of the Valkyrie Chronicles, I look forward to the rest of the series, soon?

I was super excited to get this book! I absolutely loved The Valkyrie Chronicles, and this is a spin-off of that series. This new series is now from the perspective of Artemis, but it picks up right where the last series left off. I'd definitely recommend listening to The Valkyrie Chronicles first to get the complete back story, and because it was awesome!!! lol This has a mix of Greek and Norse mythology as well as a little romance. I can't wait to enjoy the rest of this series! I'm also very happy kept the same narrator. Hollie Jackson is one of my favorite female narrators! Her Aphrodite voice in this is super hot by the way! lol

A great extention to the The Valkyrie Chronicles.

A bit biased as Erik is my favorite author but there are some of his works I like more than others. This latest installment is one of those I enjoyed very much. This character was the perfect choice to expand upon. The story was a great way to give background to the Olympians and a vehicle to continue the story of the Asgard, Titans, and the Frost Giants. I can only hope there will be many more.

I loved this story just as much as all the others. Artemis and Aphrodite make a beautiful couple, and I am thrilled to see Talia having a larger roles in this. so happy to see this series continue.

Can't wait for the next

I throughly enjoyed this book and the narration. Can't wait for the next installment. I highly recommend this book.

Ms. Hollie’s performance is just.. wow! I just have no words. It’s been amazing listening to this and I’m sure I’ll be re-listening as I have done for past books!

once again Erik has out done it!!!

Ok so i finished all 6 books. The Valkyrie series and the crossover Olympus.
I have to tell you i loved it more than the Urban Fairy tales series.
Such excitement fill of angst, that had me on the edge of my seat. Heartbreaking drama , joy and page turning moments that made me re read some books just so i could feel the connection all over again.
You are truley talented.

I have just finished TFO and love it, it's a great follow-up to the VC series, and has me wanting more keep up the excellent work Mr S.

Thank God! The Valkyrie Series didn't die but branched out.

The first Erik Schubach story I listened to and got hopeless hooked on was his Valkyrie Series, Which started with Return To Asgard anyway Awesome Story. Ok back to God's Reunited, it takes minor characters from the Return World series and builds, all lovable characters just not the main two, and puts them square in front in the Greek Olympic Gods World. With Artemis returning home, (she was in Return) .