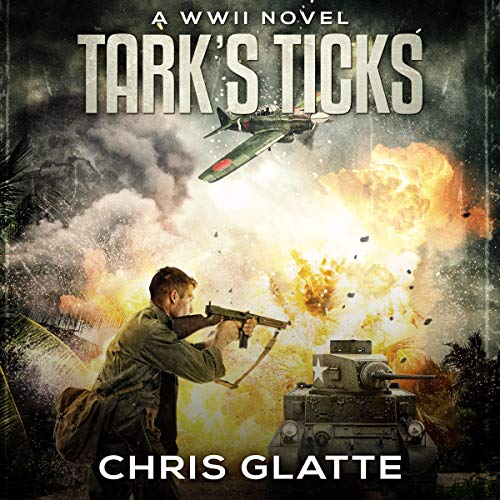 By: Chris Glatte
Narrated by: Roberto Scarlato
Try for £0.00

A desperate and bloody defense in the early days of WWII.

Hours after the fateful attack on Pearl Harbor, the Imperial Japanese Army invades Luzon. The allies retreat to the Bataan Peninsula and the ensuing bloody battle sets the tone for the entirety of the war in the Pacific.

Far from home and abandoned, the brave GIs and Filipinos fight the Japanese to a standstill. Long months of bloody fighting take their toll on both sides, however, the Japanese have reserves, the allies don’t.

Sergeant Tarkington and the soldiers of the first platoon are put to the ultimate test. With dwindling supplies and constant harassment from the battle-hardened Japanese, the GIs must adapt and become a cohesive fighting unit if they hope to survive.

Tark’s Ticks is the first book in a gritty WWII series. Pick up your copy today.

What listeners say about Tark's Ticks