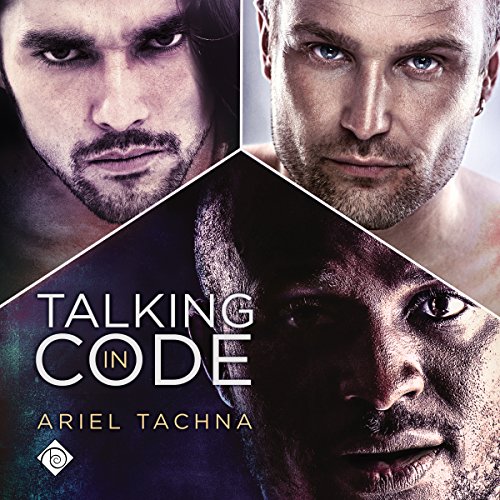 Some things crumble under pressure. Others are tempered by it instead. For three former soldiers, a tragedy might be the catalyst that binds them together - stronger than ever.

Richard Horn and Timothy Davenport met in the SEALs 20 years ago, and have been lovers ever since. Now running their own paramilitary organization, Strike Force Omega, they work in the shadows to protect their country and its people. When Tim falls for Eric Newton, a deadly sniper and strategist on their team, Richard accepts that Tim's heart is big enough for two men. He respects, admires, and even desires Eric enough, to accept him into their relationship - and their bed - but he's never been fully a part of what Eric and Tim share.

Then Eric is captured by terrorists and Tim is gravely injured in an op gone wrong, bringing Richard's world crashing down around his ears. Even if he gets his men out alive, Eric must face the aftermath of months of physical and psychological torture - and without Tim to lean on, Eric's PTSD is tearing him apart. Richard has to figure out the third leg of their triangle fast, or Tim won't have a life to come back to.

This wasn’t at all what I was expecting, but definitely not in a bad way.

I gathered, from the blurb, that this was going to be about three strong men who’d all had very rough lives learning to work with one another in a (relatively) new triad relationship and to a certain extent that it what this is about.

Without giving any significant spoilers, I can say that Timothy is seriously hurt early on in the story and as a result he spends a lot of time unconscious. As a result most of the book is about Eric and Richard learning to be together without his presence.

I think that ménage is tricky to write well if the person writing it is going after anything other than kinky sex scenes. Whether the relationship starts as an established couple plus someone new or all three people coming together for the first time, in order to be compelling, a connection must be made that shows not only love for each partner but a necessity for the triad for the entire thing to work.

We start off at a distinct disadvantage in that the triad is already established, the main couple has been together for years, and we are only now seeing what’s behind all that – four years into the relationship.

Ariel Tachna is a gifted story teller and she manages to bridge that gap gracefully without giving us a lot of flashbacks or info dumps.

All three men are unique and have their own story to tell but they all felt fairly well-developed. I think the only thing missing was a better understanding of Timothy since he spent so much time out of the picture.

I loved how our two MCs had to learn new ways to be with one another without that crucial addition of Timothy as he’d been their glue all along. It wasn’t easy but it was always open and we didn’t spend a lot of time wishing they’d just talk. They did talk but sometimes that isn’t always enough.

There is plenty of hot sex here – though the triad sex is kept to a minimum unfortunately.

I was definitely compelled by this story and interested in following it all the way through, but I kept feeling like I was dropped in the middle of a bigger story. If there’s more, I’d love to see what happens next and I’d love to spend more time with our triad as a triad.

For fans of ménage, this might not satisfy but it is definitely compelling. For anyone looking for injured heroes leaning on one another and learning how to be together despite the odds, this is a great book for you!

Audio
Scott R Smith is not my favorite narrators. He has some qualities I really like – I like the voices he chooses for characters and I think his tone is easy to listen to, but he has a way of “punctuating” sentences – verbally – that doesn’t sound right to my ears.
He gave everyone a unique voice and handled the female voices okay, but didn’t do a lot to improve on the story, neither did he detract.
Overall, I think this is a fair way to experience this great story.
4.5 of 5 stars