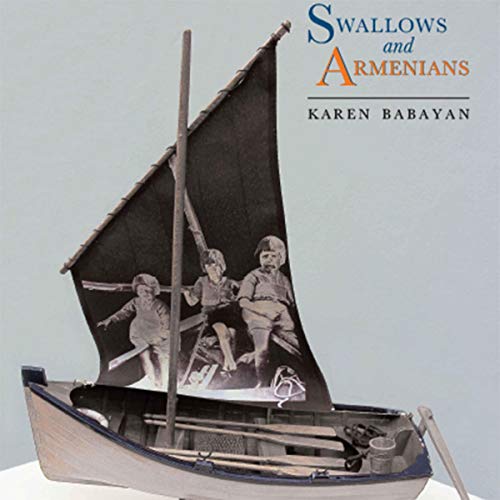 By: Karen Babayan
Narrated by: Persia Babayan-Taylor
Try for £0.00

The fictional Walker children are much loved characters in Arthur Ransome's Swallows and Amazons, a quintessentially English family in an archetypal English children's classic. However, it was an Anglo-Armenian family from Aleppo who were the catalyst and inspiration. Knowledge of this should enrich and enhance the story for young readers of the book and its subsequent interpretations, but until recently, this information was not widely known. Following a breakdown in Ransome’s relationship with members of the family, their connection was downplayed, and the author withdrew his original dedication to them in his book, replacing it with a short introduction of how it came to be written. This cited his own childhood as the main inspiration.

Swallows and Armenians is Karen Babayan’s timely introduction of this free-spirited and gifted family who inspired Arthur Ransome to write his first book of fiction for children; a book that has gone on to be a classic of Lake District mythology. The short stories in Swallows and Armenians are set in Coniston, Aleppo, Windermere, and Bradford and supported by a number of succinct essays by the author which introduce us to the turbulent history of the Armenian nation and its food, culture, and language. They also explore the history of Cumbria, which saw the Roman, Frisian, Syrian, and North African legions garrisoned there. Viking settlers also left evidence of their language in the local Cumbrian dialects. In the preface, Dr. Vicki Bertram writes: “In these reimaginings of the Altounyan children’s lives, Karen uncovers some of the ethnic richness of English culture - a richness that is too often erased or silenced by simplified or reductive and misleading versions of history”. Applying newly appraised correspondence and diary evidence, the stories and essays are supported and inspired not only by archival material, but by conversations with museum curators, film extras, and of course, the children of the original "Swallows".

What listeners say about Swallows and Armenians

A rich and fascinating book

Karen Babayan has braided together stories, biography, culture, music and poetry to create a rich and fascinating contemporary account of the background to Arthur Ransome’s well known children’s book. It is very enjoyable to listen to.