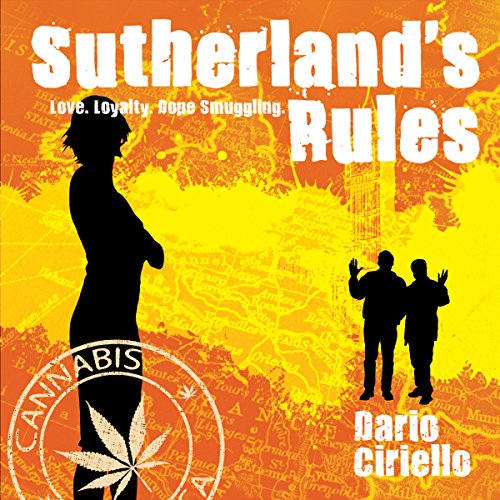 By: Dario Ciriello
Narrated by: Andrew Cullum
Try for £0.00

All Christian White wants is a quiet life. So when Billy Sutherland, Christian's old friend and sometime guardian angel from their 1960s hippie days, asks Christian to help him collect on a 40-year-old IOU from his shady past, Christian does everything he can to talk Billy out of it. Because the IOU is for a huge load of high-grade hashish. The hash is in war-torn Afghanistan. And Christian owes Billy enough that he's going to find it very hard to refuse.

Christian's life is complicated enough already. Between the challenges posed by his open marriage to Carol - his hot, younger, bi wife - and the imminent threat to his living from a new federal law, a madcap adventure is the last thing he needs. And yet, some dumb teenage remnant of his mind is thrilled at the idea.

As the two old friends head into deadly danger, super-sophisticated surveillance systems bring their movements to the attention of Detective Inspector Amir Khan, a police/customs enforcement liaison who believes himself a modern Sherlock Holmes. And Khan desperately needs a big success to advance his stalled career. Before long, Christian finds himself in danger of losing everything - his business, his marriage, his freedom, and his very life.

What listeners say about Sutherland's Rules

A wonderful book, and a reading by Andrew Cullum that you are not being read to so much as immersed in the story

I loved this audiobook.
At first, to me, the reader's voice was off somehow, but by the second chapter I was in love with his inflections, tone, accents, and character voices.
This isn't just typical pro-pot ridiculousness; this is a fantastically methodical story that is wonderfully relevant to current debates on drugs and pot specifically. Don't smoke? Not the point. It's just a great story!! Admittedly though, I imagine it does pair well with a bit of the green stuff.
If I'm lucky enough to have a midlife crisis I hope It's half as awesome as Chris and Billy's.
I can't wait to listen to more of Ciriello's works. What a writer!!