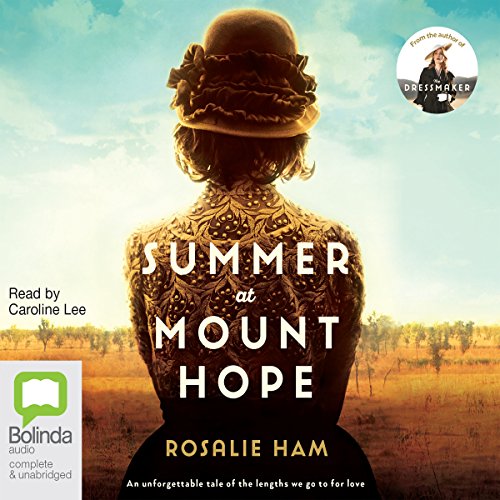 A black comedy about a young woman's attempt to resist the worlds of men and money, from the best-selling author of The Dressmaker.

Phoeba Crupp is a gal of inconveniently independent tendencies, to the concern of her mother and her sisters although not of her father - an eccentric ex-accountant who moved his family from the city to a small farm in rural Australia in order to establish a vineyard - a decision Phoeba's mother bitterly (and loudly) resents. But Phoeba has loved it since the day they arrived. While her sister makes a play for the local squatter's son, Phoeba is content with her best friend Harriet, until circumstances push her towards the world of men and money.

As the local community is shaken up by the arrival of pastoralists, suffragettes and squatters, carrying the threat and promise of change to their quiet corner of the country, Phoeba wakes up to the realities of the adult world and comes to realise the friendship of those near to her may count for more than she could ever have imagined. Told with Rosalie's Ham's trademark wit and wisdom, Summer At Mount Hope is a story of a young woman finding a way to take control of her own destiny.