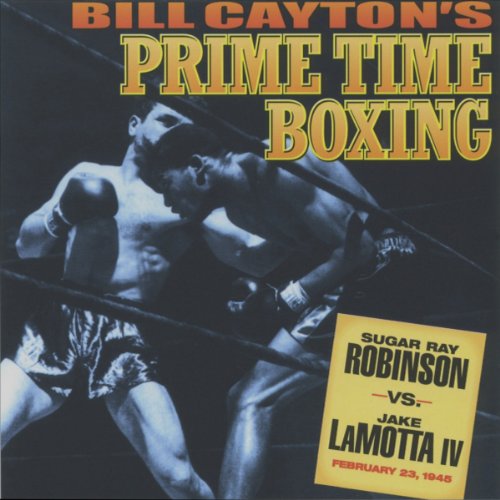 The never filmed fight between Jake LaMotta, boxing's famous "Raging Bull," and Sugar Ray Robinson, boxing's all-time greatest pound-for-pound fighter took place February 23, 1945. Sugar Ray and Jake were completely different kinds of fighters. Sugar Ray, a welter at this time, was a sharpshooter, a boxer-puncher who could hit from every angle. LaMotta, a full-fledged middleweight, was a brawler who crouched low and tried to bull his way inside.

Now, for the first time, you will "see" the fourth Robinson-LaMotta fight through the great Don Dunphy's unforgettable blow-by-blow radio commentary direct from ringside at Madison Square Garden in New York.

They don’t make fighters like these two anymore.
Fighters are more interested in a pay day than an actual fight.