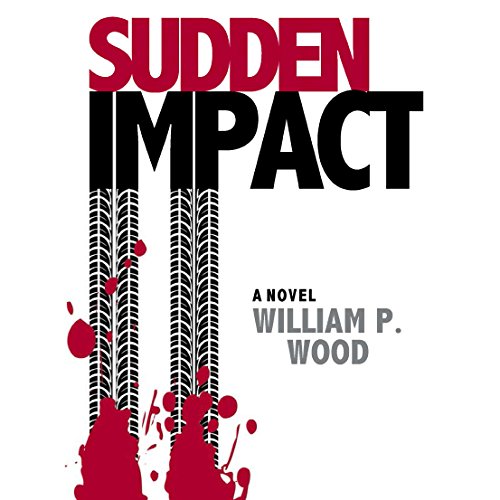 Bestselling author William P. Wood spins this dark, riveting tale of a beloved Sacramento cop killed in a bizarre accident, and the hunt to track down his killer - a fast-paced thriller of murder, deceit, haunting pasts, and one man's dangerous scheme to fight for those he loves.

Ensor is no ordinary cop. He's a hero, winner of the Medal of Valor, devoted family man and coach, helping at-risk kids. But the driver who struck him down and didn't stop isn't ordinary either. He's Judge Frank Stevenson, up-and-coming member of the bench, also devoted to his wife and daughter, involved in charities and good works. In a split second he did something completely uncharacteristic that changes his life and the lives of everyone close to him.

Terry Nye is a couple of weeks from retirement as a detective, head of Major Crimes. He's trying to pack thirty years of bloody experiences and hard lessons into those two weeks for his new partner, Rose Tafoya. Rose is a young detective, smart, more than a little ambitious, but also insecure. Together she and Nye are a powerhouse team. He's determined to find Ensor's assailant, and he's going to make sure Rose doesn't make the same mistakes he did, especially the unforgivable one that has come back to darkly haunt him after Ensor's accident.

With the city in turmoil after Ensor's death, the hunt for the cop killer rushes ahead relentlessly. The guilty and innocent are sucked into the intense investigation - and everyone will realize that their lives can change in the blink of an eye.

"No one writes a better police procedural than Bill Wood, and Sudden Impact is his best one to date - lucid prose, meticulous legal detail, and unforgettable characters struggling in various moral quandaries. Terrific, unputdownable stuff." (John Lescroart, New York Times bestselling author of The Thirteenth Juror and The Hunt Club)

I would definitely recommend this book to a friend. It kept my interest throughout the entire story and remained suspenseful to the end. The narrator did an excellent job of performming each character.

I actually liked two - Terry Nye and Rose Tafoya. They worked well as a team, keeping the investigation interesting and suspenseful.

Which character – as performed by Anthony Haden Salerno – was your favorite?

I can't pick just one. He did an amazing job performing each character, so it's hard to pick.

I didn't have an extreme reaction, but the book kept my attention from beginning to end. When it finished, I decided to go get more books by this author.