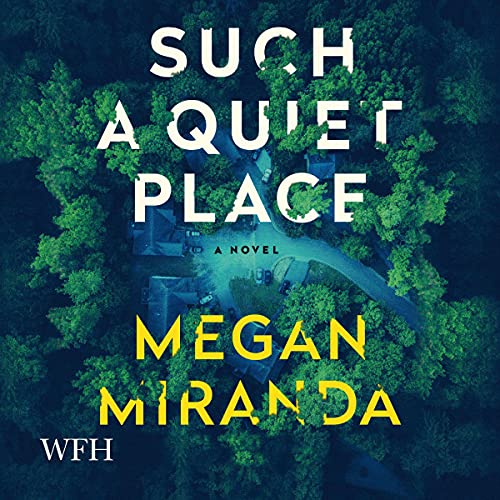 Such a Quiet Place

By: Megan Miranda
Narrated by: Laurel Lefkow
Try for £0.00

There was no warning that she would come back.

Welcome to Hollow's Edge - a picture-perfect neighbourhood where everyone has each other's backs. At least, that's how it used to be, until the night Brandon and Fiona Truett were found dead....

Two years ago, branded a grifter, thief and sociopath by her friends and neighbours, Ruby Fletcher was convicted of murdering the Truetts. Now, freed by mistrial, Ruby has returned to Hollow's Edge. But why would she come back? No one wants her there, least of all her old housemate, Harper Nash.

As Ruby's return sends shockwaves through the community, terrified residents turn on each other, and it soon becomes clear that not everyone was honest about the night the Truetts died. When Harper begins to receive threatening anonymous notes, she realises she has to uncover the truth before someone else gets hurt.... Someone like her.

What listeners say about Such a Quiet Place