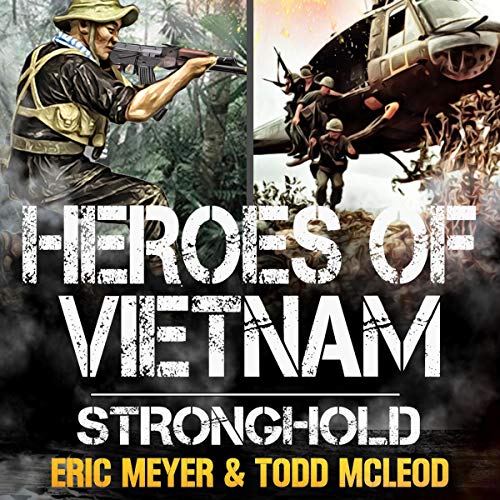 B Company fifth Battalion seventh Cavalry Airmobile walks into a trap and falls back from an enemy ambush. Joe Walker and the rest of third Platoon fight back hard and pull the VC into a trap of their own making. They make it back to Da Nang, but the Hueys are laden with casualties. They have snatched victory from defeat, but it is a bloody and costly victory.

The war is heating up, and they have no time for R&R before the Hueys take off and carry them to their next mission. A Vietcong fortified town in the Mekong Delta, a stronghold heavily defended by troops and heavy weapons. The Cav’s job is to go in, take the town and locate and destroy the enemy. To give the VC a hard, brutal lesson they will never forget.

The VC has other ideas. They also have heavy machine gun and mortars, and they hold the high ground in a stone-built hilltop Buddhist monastery. An almost impregnable position with clear fields of fire down the hill, yet it must be taken. The Company Commander, Captain Edwin Lynch, gives the task to Third Platoon. Still reeling from the previous mission and led by a nervous rookie officer, the mission is tantamount to suicide.

Heroes of Vietnam book five - Stronghold is the fifth short listen fiction set during the Vietnam War. The book is a collaboration between Todd McLeod and Eric Meyer, the best-selling author of more than 50 war novels.

What listeners say about Stronghold