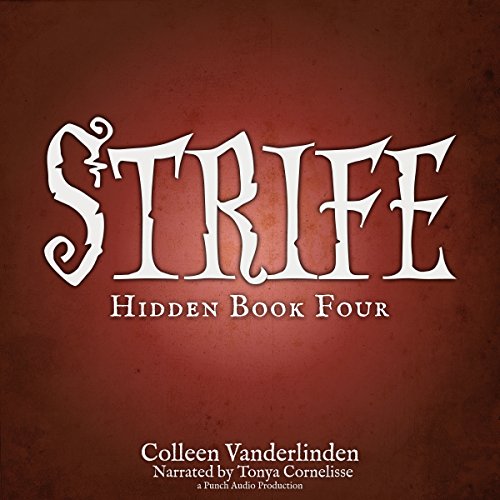 What do you do when your most dangerous foe is the one living inside you? When Molly Brooks fought her way back to Detroit after her trials in the Nether, she came back changed. The life she thought she had, the one thing that helped keep her sane, was gone. She feels wrong in her own skin, scared. And her powers...well. They're just not working the way they're supposed to. She doesn't have a whole lot of time to wallow, though.

With two angry spirit daemons hell-bent on punishing her and the city she loves for her deeds, as well as war brewing between Detroit's supernaturals and certain members of the pantheon looking for revenge, Molly has her hands full. But what she's forced to face is nothing compared to the evil that lurks inside of her.

As her world starts to spiral out of control, as war rages, Molly finds comfort in the last place she ever thought she would. And she comes to learn, after a life spent alone, what family really means. And how much she's willing to risk to protect it.

Strife is the fourth book in the Hidden series, an urban fantasy/paranormal romance series from author Colleen Vanderlinden.

What listeners say about Strife

I like all these books but the narration is poor. I found myself correcting the way she pronounced alot of the names and places. Still I have all 5 of the books xx

It was irritating and distracting to hear Persephone and Hermes as well as may common nouns mispronounced in each of the books in this series, but the fatal blow by this narrator is her repeated pronunciation of "allies" as "alleys."

Fundamental pronunciation errors impacts immersion for the audience (at least for me). The word Ally is pronounced "Al -eye", as in a mutual partnership aimed towards achieving a common goal.
Not "Al -e" which represents a small walkway in between buildings.

Each book in this series, so far, has had more pronunciation errors than any other audio book I have! A small amount of errors is expected; but this is beyond average. I've never purposely avoided audio books based on the narrator; but such poor quality assurance in proofreading (as it's part of your job), has me at the point of avoidance. I love this series, as one of my top go to works for rereading; unfortunately I don't believe I will continue the audio books. Absolutely disappointed.