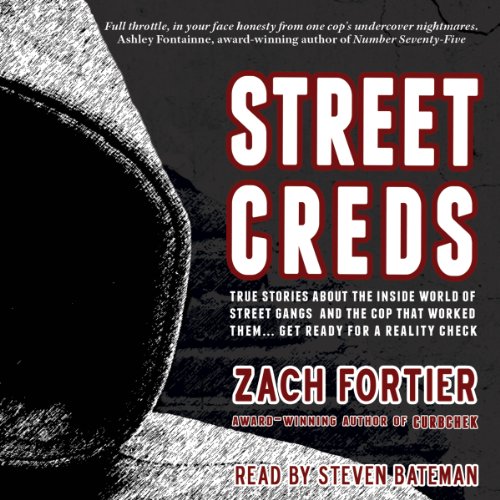 StreetCreds is a look inside the world of street gangs and the cops that work them.

I worked the street for many years before I entered the Gang Task Force, joining it with the idea that I could rise to the level of violence of any banger I encountered - a really stupid idea. I wanted to "earn back" the respect of the citizens for the police; I grew up in this city, and I worked its streets the best way I knew how, feeling that I had a firsthand understanding of what the citizens were experiencing. The increasing frustration at gang crimes, drive-bys, robberies, never feeling safe with your kids in your own neighborhood - I wanted to do what I could to make that fear go away. Once I was inside the task force, though, the reality was a rude awakening for me.

The task force was poorly managed and staffed by detectives mostly out for themselves, and the internal politics made success incredibly difficult and almost impossible - almost, but not quite. Witnessing bad cops, brutal crimes, and realizing the department had been compromised, the cost was much higher for me personally than I anticipated. I left the unit two years later, severely broken, edgy, and dangerously damaged. StreetCreds is the story of how all that came to be. Hold on for a reality check.

What listeners say about StreetCreds

Much of it started to sounds the same. Material for good stories but not well written, author too self-absorbed to be likeable

Where does StreetCreds rank among all the audiobooks you’ve listened to so far?

Good book, the author paints a great visual picture, but the narrator was so bad to my ears, I almost gave up a number of times.

True life, opened up an understanding of a world I know absolutely nothing about.

Who would you have cast as narrator instead of Steven Bateman?

Scott Brick, Richard Ferrone, George Guidall, Dick Hill -- I could go on, but basically, anyone besides this guy. I'll probably avoid books he narrates in future. I almost never write reviews, but was compelled in this case due to the narrator.