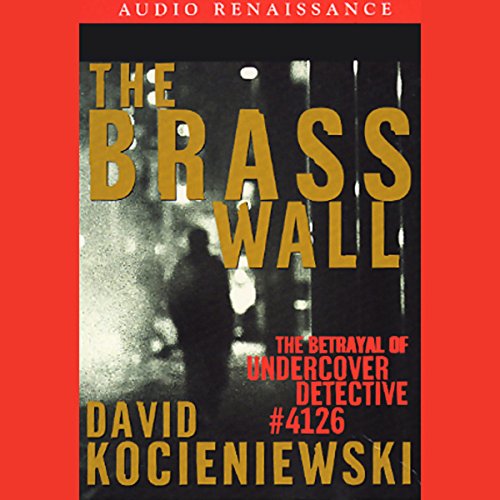 In 1993, Vincent Armanti, Undercover Detective #4126 agreed to infiltrate a branch of the Luchese family responsible for the homicide of a beloved fireman. Already a legend for successfully posing as a hit man and arms smuggler, Armanti transformed himself into Vinnie "Blue Eyes" Penisi - a veteran hood with an icy stare. Yet, once under cover, Armanti found that the wise guys he was chasing had access to classified police information. Stakes accelerated when the informant was revealed to be the son of the commander of NYPD's Internal Affairs Bureau. Again and again, IAB's detectives compromised Armanti, to protect the powerful man's son, but even the Police Commissioner ignored the situation. But, like the fireman who takes an oath to serve, Armanti stayed on the job, even when it was clear his life was endangered.

David Kocieniewski, former New York Times Police Bureau Chief, reveals every moment of Armanti's effort to break through the wall enforced by the cops' top brass. Here, with all its compromises, is the city of New York. Here, in all his humanity, is an unforgettable hero, battling for his honor and survival. Here is a remarkable story that ranks with the greatest police classics.

What listeners say about The Brass Wall

An outsiders view of inside the NYPD

The NYPD is a tight semi military organization. Outsiders dont last too long nor do they receive 'free' information. So, with the help of an insider, The Brass Wall takes a shot at supervision in law enforcement, the NYPD and a major shot at the Internal Affairs Bureau managers. A good read book; believing the events remains with the reader.