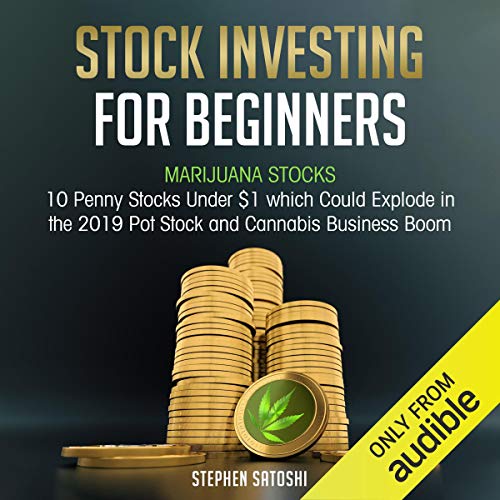 Stock Investing for Beginners: Marijuana Stocks - 10 Penny Stocks Under $1 Which Could Explode in the 2019 Pot Stock and Cannabis Business Boom

If want to profit from what Forbes Magazine is calling “…the best ground floor opportunity we’ve seen since the early days of the internet.” then keep reading.

The legal marijuana market is now growing at the same speed as the broadband Internet market in the early 2000s.

And some stocks soared even higher, such as:

Are the best days behind us?

After all, isn’t marijuana legal in 30 states now?

While that’s true, it’s still not legal at a federal level, which means hedge funds, investment banks, and other big players could not get their piece of the pie.

But that’s all about to change.

And when JP Morgan and Citibank get involved, we will see to biggest influx of money into the marijuana industry…ever.

Which means if you own certain marijuana stocks before federal legislation, then you could be set for some of the biggest gains ever seen in your lifetime.

Because six states are fighting for legalization on November 6th, which is the highest number we’ve seen at the same time in US history.

If even half of these pass, that signals tens of billions flowing into the marijuana industry.

In fact, Business Insider estimates the legal marijuana industry could be bigger than the soda industry.

Think for a second - imagine if you’d invested in Coca-Cola back when it first went public?

Or imagine cryptocurrency - except this time, the companies actually create an in-demand product.

From this audiobook you will discover:

What listeners say about Stock Investing for Beginners: Marijuana Stocks - 10 Penny Stocks Under $1 Which Could Explode in the 2019 Pot Stock and Cannabis Business Boom

This book is very informative and helpful especially for people that are interested in this kind of investment.