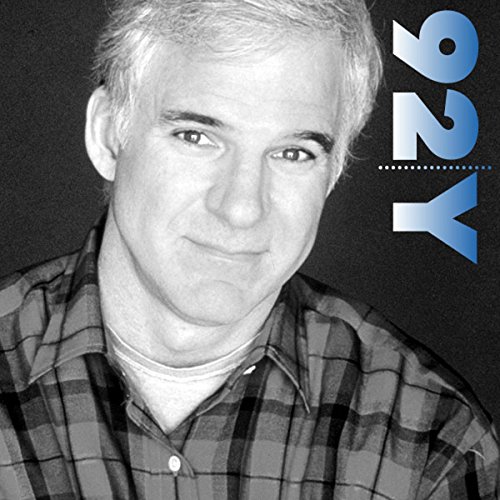 If any 92nd Street Y audience members were dissatisfied with Steve Martin's fine-arts-based discussion with Deborah Solomon in 2010 (for which guests received a refund), they need merely turn to this 2007 interview with Charlie Rose. In Martin's discussion about his early career, his lifetime in comedy, and Born Standing Up, his memoir that says it all, the comedian delivers the laughs. His stories are hilarious and heartfelt, and he has a fraternal rapport with Rose, the great public television personality who considers Martin a friend. The world of fine art might not be brought up once in this discussion, but the high comedic arts are on abundant display.

Steve Martin is a celebrated writer, actor, and performer. His film credits include The Jerk, Father of the Bride, and Parenthood, as well as Roxanne, L.A. Story, and Bowfinger, for which he also wrote the screenplays. He has won an Emmy for his television writing and three Grammys for his recordings. In addition to penning several plays, he has written collections of comic pieces, such as Pure Drivel and Cruel Shoes, and the novels Shopgirl and The Pleasure of My Company. His recent book is a memoir; Born Standing Up: A Comic's Life.
©2007 92nd Street Young Men's and Young Women's Hebrew Association (P)2007 92nd Street Young Men's and Young Women's Hebrew Association

What listeners say about Steve Martin

Amazing how much is covered in an hour, actually almost in spite of Charlie Rose, who comes across as uninformed about his subject & is corrected repeatedly on guesses he makes which he shouldn't be having to guess about.

I really enjoyed getting to know Steve Martin, more... His interview was Very entertaining and had me laughing... He is a Nice Guy & there is No one like Him... This was also very sweet & touching especially the ending...💖🤗

This interview is from 2007, shortly after Steve Martin's book, "Born Standing Up" was published. I read the book in 2007 and loved it. I never got around to listening to this interview until now. Well worth the time to listen. Steve is true gift to the world.

this is pretty much a repeat of the things that Steve said in his book born standing up. But it's still totally worth listening to!

Charlie interrupted undoubtedly due to time constraints. But Steve Martin was fresh and positive.

Fun! (as anything by Martin should be)

It was fun to learn a little more about this talented performer.

And the "Born Standing Up" is great as well