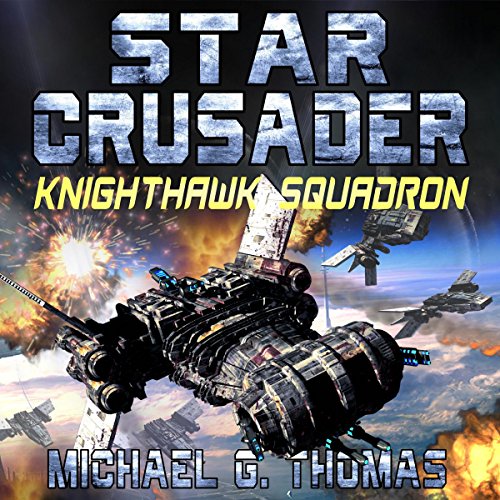 Nate and his friends are expert gamers and now veteran combat pilots. They have proven their skills by inflicting defeat on the enemy and saving their ship in the process. The passengers and crew regard them as heroes, yet after their violent escape, they are to be sent home to a life of study and boredom. Their ship, ANS Relentless, sets off to join the fleet to embark on a secret operation. A new battle is about to begin, and Nate and his gamers are unwilling to be pushed aside so easily. The dangerous assignment for Relentless is one that will require every pilot onboard to join the fight.

The Orion Battlegroup assembles under the command of the war hero Admiral Churchill. Desperate for pilots for the coming fight, Churchill gives Nate's unit their chance. They will reform the defunct Knighthawk Squadron and join with their comrades in the battle to help their Byotai allies. Churchill's fleet heads into hostile territory, a place where the enemy will outnumber them 10 to one. As Nate climbs into the cockpit of his Bullnose Gunship, he still has no idea of the suicidal risks they are about to take. The empire has already fallen, and the flames of revolution are spreading fast.

Great book. Very well written. I am now interested in reading other books by Michael Thomas. He sure has a lot of interesting books to pick from


A really great follow up to Star Crusades Hero of the Alliance. Lots of action , great story . I hope there is a follow on book.

If you liked the last one, you will enjoy this one too. It is the same deal. I am happy with it!
Conflict between characters does feel a bit rushed to be fixed so everyone is happy friends, only to be reminded about the conflict when it is suddenly relevant again.

Knighthawk Squadron, the second book in the Star Crusader series, is decent and enjoyable YA-level military sci-fi adventure and makes a substantial improvement in both world-building and character-building over the first book (Hero of the Alliance). The characters gain more depth and nuance and the history of both the characters and their worlds and governments are revealed in ways that make sense and help drive the story forward nicely. More so than the first book, this one makes me really want to listen to the whole series and see where it all goes. Recommended for fans of lighter military sci-fi.

Disclaimer: I was given this free review copy audiobook and have voluntarily left this review.

Would you listen to Star Crusader: Knighthawk Squadron again? Why?

Yes....but not right away.....gotta get the other one first.

What other book might you compare Star Crusader: Knighthawk Squadron to and why?

Which character – as performed by Andrew B. Wehrlen – was your favorite?

They were all pretty good.

This was an amazing sci-fi book. It was action packed, deeply detailed and has lots of action and adventure. I had a hard time hitting the stop button. Glad to see there is another one...my next listen