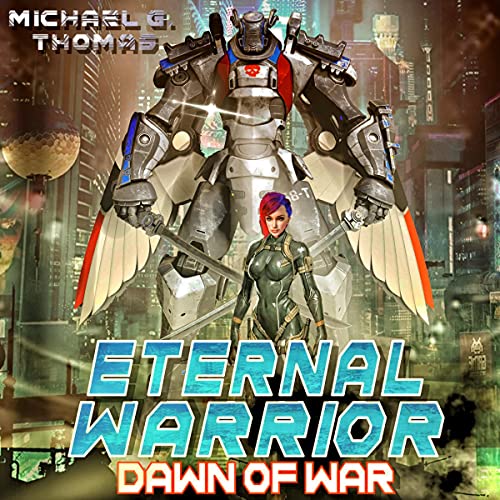 By: Michael G. Thomas
Narrated by: Nathan Lujan
Try for £0.00

A thrilling tale of mecha warfare in the outer reaches of space. Where only the strongest will survive.

Glory, a disgraced young mecha pilot from Phaeton dreams of returning to the military. One mistake ruined her career, leaving her with nothing but mining operations in the distant regions of the Enclave. Memories of piloting state of the art mechs seem far from reach. Everything changes the day she finds a robotic warrior long thought lost, only to be attacked by a group of armored warriors keen to retrieve it. This is no simple war machine, but a sentient mech, capable of thinking for itself.

Glory’s heroic deeds thrust her to the front line, with the sentient robot ever at her side. While she relishes a return to the world she loves, a dangerous and insidious enemy plots from within to bring the region to the brink of war. Glory and her unit of mecha pilots will be thrown into a conflict of the likes of which no one has seen for hundreds of years. Fleets of ships will engage in battle, and planets will burn as the robotics warriors and their elite pilots fight to the death.

The massive novel in the Eternal Warrior series by best-selling author Michael G. Thomas. An incredible tale of war, love, and mecha warfare in the colonized territories of the Enclave.

What listeners say about Dawn of War