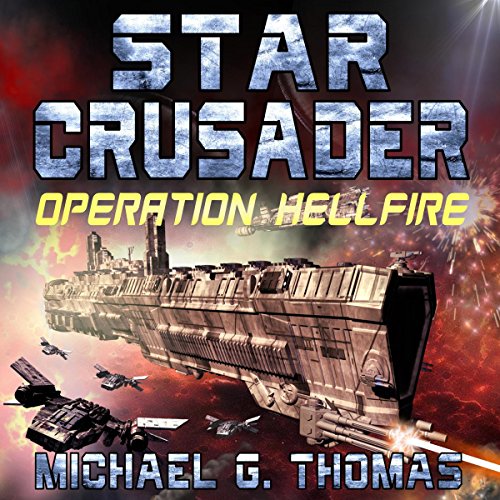 Nate had never expected to see a real war, but that was a month ago. Back when he'd been a video gamer with dreams of space combat. Now he was a pilot in Knighthawk Squadron and in the middle of a violent warzone.

The Star Empire and its vast legions are utterly committed to the elimination of the shattered Byotai Empire. They are ruthless and ambitious beyond measure. As the terror spreads, millions of loyalists flee to the borders, desperate to avoid the violence, pursued by ruthless militias bent on destruction and enslavement.

There is a faint glimmer of hope for the empire, and it takes the shape of the 15 ships of the Orion Battlegroup. Safely hidden inside this fleet is the sole survivor of the Byotai royalty, and with him the only chance of peace in the region. With time running out, Admiral Churchill and his officers hatch an audacious plan. It is a plan that could allow them to escape the clutches of the Star Empire and rally all remaining loyalists to this last prince. If they fail, nothing will stop the spread of the insidious new enemy in its quest for total domination.

What listeners say about Star Crusader

Thought I'd accidently sped up playback!

This is, by far the worst performance of an audio book I have ever heard. I spent 5 minutes checking and rechecking that I hadn't accidentally sped up the playback. There was little emotion put in to the reading as well. Plot and story detail were mediocre for the 15minutes I endured listening to this before I gave up.