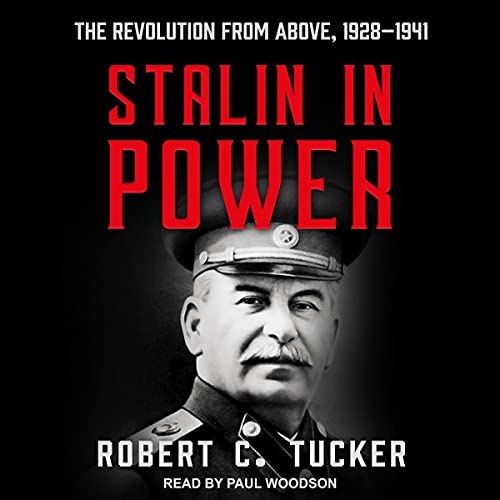 By: Robert C. Tucker
Narrated by: Paul Woodson
Try for £0.00

In 1929, Stalin plunged Soviet Russia into a coercive "revolution from above", a decade-long effort to amass military-industrial power for a new war. He forced 25 million peasant families into state-run collectives and transformed the Communist Party into a servile instrument. In 1939, he concluded the pact with Hitler that enabled him to grasp at Eastern Europe while Hitler made war in the West.

This book forms the second volume of Robert C. Tucker's biography of Joseph Stalin, following Stalin as Revolutionary. The author shows that Stalin was a Bolshevik of the radical right whose revolution cast the country deep into its imperial, autocratic past.

Tucker brings a fresh analysis to these events and to the terror of the 1930s, revealing the motives and methods of what he calls the greatest murder mystery of this century.

What listeners say about Stalin in Power

How to become a dictator

The structure of the book would probably have been better looking at print. I feel that I now know all the folks he had killed on his way up.