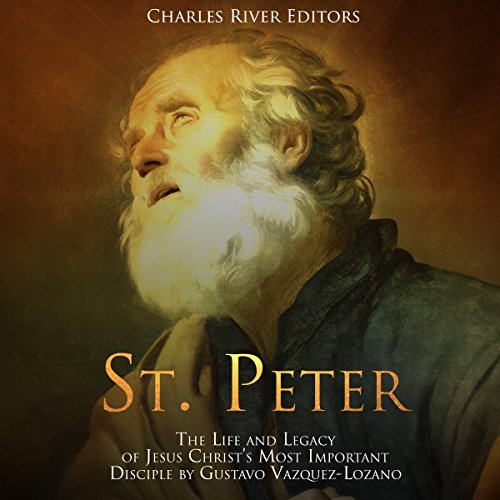 St. Peter: The Life and Legacy of Jesus Christ's Most Important Disciple

"And Jesus suffered no man to follow Him, save Peter and James and John." - Mark 5:37

Apart from Jesus, there is no character more vividly presented in the gospels than Peter. To talk of Saint Peter is to talk about a man of action. There is a good reason why he is the apostle with the most mentions in the Gospels, and the most referred to in the New Testament (a total of 195 times). In comparison, John, the next most popular disciple, barely reaches 29 references. It is at decisive moments which require a categorical reaction where the leader of the Twelve shines; it is then that Peter - born as Simon Bar-Jonah - has no rival in the inner circle of disciples that followed Jesus of Nazareth. At the same time, during periods of uncertainty and inaction, he hesitates, collapses, and shows his all-too human side. With all his virtues and shortcomings, he became Jesus' man of confidence and, over time, the leader of the nascent Church.

Reconstructing the biography of Simon the Galilean requires throwing the nets over the waters of the many traditions of the leader of the Twelve, the man who is always present at the turning points of the story of Jesus. It has rightly been said that the Gospel of Mark (and thus the gospels of Matthew and Luke) is written from his point of view. It is he whom Jesus calls first when he is working on the seashore; it is Peter who proclaims with blind enthusiasm that his teacher is the Messiah, who confronts him about the consequences and meaning of that title, who cries bitterly for his cowardice, who enters the house of the high priest where the rabbi is held prisoner, and who, after the crucifixion, throws himself into the dark waters, before the sunrise, when he sees him again standing on the shore of the lake.

What listeners say about St. Peter: The Life and Legacy of Jesus Christ's Most Important Disciple