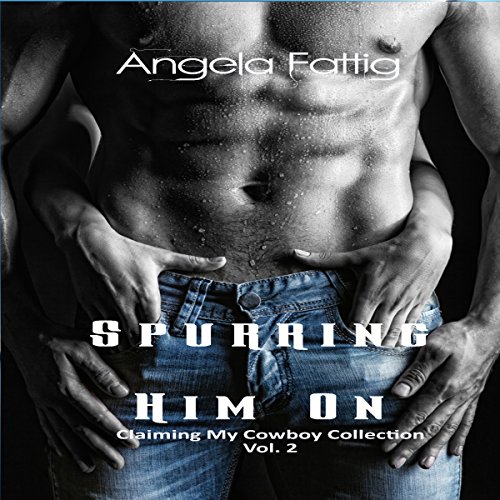 By: Angela Fattig
Narrated by: Lorenso Matthews
Try for £0.00

Mike Michaels had always been the one to make you laugh. He was smart, funny, warm, and a body to die for. The only love he allowed into his life was his family. The jokes were his way of shielding his heart. Without the one he fell in love with years ago, he had to protect the empty shell in his chest called a heart.

Haden McKay was known as the shy girl, the geek back in high school. She was never comfortable with herself, inside and out. Until Mike took notice of her and one night of pleasure turned her world upside down.

Five years later, she is back and she's not alone. With her father gone because of a drunk driver, she had no one to turn to but Mike. Will he accept her? Will he forgive her when she reveals the secret she has kept from him?

What listeners say about Spurring Him On

I have the book and audio version both and I can not get enough. Angela Fattig is an excellent writer and has you from page one. The narrator of this book was fabulous. Keep the coming Angela Fattig because I am addicted.