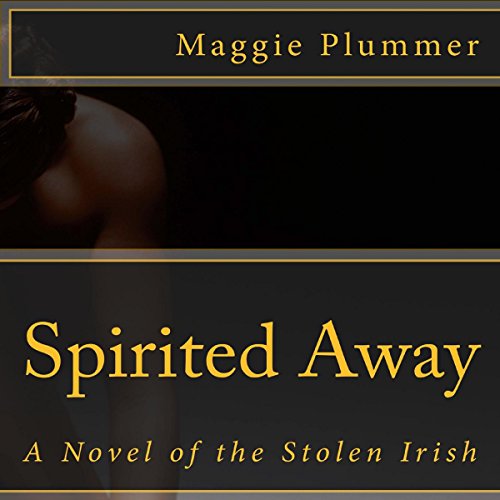 A Novel of the Stolen Irish
By: Maggie Plummer
Narrated by: Whitney Webster
Length: 7 hrs and 13 mins
Categories: Fiction, Historical
3.5 out of 5 stars 3.5 (2 ratings)

In May 1653, young Frederica (Freddy) O’Brennan and her sister Aileen trust a stranger on an empty beach in western Ireland, inadvertently placing themselves in the crosshairs of Cromwell’s notorious Reign of Terror.

Freddy awakens in the crammed hold of a slave ship bound for Barbados. Ripped from their loved ones, she and Aileen endure the voyage – only to be wrenched apart when purchased at auction by sugar plantation owners from different islands. Freddy faces the brutal realities of life as a female Irish slave on a seventeenth century Barbados sugar plantation. Amidst the island's treacherous beauty, she must find a way to bear her cruel, drunken Master’s abuse.

Heartsick with yearning for her family, Freddy must reach deep inside herself for the strength she needs to protect her young spirit from being broken. As she struggles to survive rape, degradation, beatings, and the harrowing spectacle of her Irish countrymen being flogged and starved to death, she is buoyed by powerful friendships with her fellow slaves – especially the Native American kitchen slave with whom she works long hours in the plantation cookhouse. The two women risk severe punishment by sneaking food and medicine to the suffering Irish and African field slaves.

Eventually Freddy braves much more for the sake of love and loyal friendship.

SPIRITED AWAY-A NOVEL OF THE STOLEN IRISH paints an intimate portrait of 1650s Irish slavery in the Caribbean.

Where does Spirited Away rank among all the audiobooks you’ve listened to so far?

In the top ten!

Freddie!! Such a strong resilient and amazing survivor!

There were so many! My favorite had to be when Freddie had to make the heart-wrenching choice to stay in slavery because her son was ill.

This was the first time that I had heard of the slavery of the Irish. It made me mad and it made me intensely angry at the treatment of those who were forced into servitude.

The material was extremely well written. The story moves smoothly from scene to scene without any excess narration. The narrator was excellent! She brought the characters to life and added to an already excellent story. Can't wait for the sequel!

Learning something I never knew

Where does Spirited Away rank among all the audiobooks you’ve listened to so far?

I would rank this book in the top twenty percent.

What was one of the most memorable moments of Spirited Away?

The depiction of an Irish woman as a slave in the Carribean.

Which character – as performed by Whitney Webster – was your favorite?

An interesting story of how two sisters are taken by slave traders from Ireland. The sisters are separated and one has a terrible master and the other has the kind you read about in Cinderella.
I had never known that there were Irish people forced into slavery so it was an eye opener. The narrator took away from the story by over acting and making every sentence a drama. Gave it a romance novel flavor which the story didn't warrant.

A well-told story of a horrible time in history

Would you listen to Spirited Away again? Why?

I thought Spirited Away was very well done as both a book to read and an audiobook so yes, I would listen to is again. I'm not a big fan of audiobooks, mostly because I can read faster than most people can speak - especially the actors/actresses who record audiobooks! However, if I was going to listen to an audiobook, I wouldn't mind another one narrarated by Whitney Webster. I normally prefer male voices for audiobooks, but Whitney Webster surprised me by being both a relaxing voice to listen to, and someone capable of actually speaking in the appropriate accents that the book required. It was nice to listen to her switch from an English accent to an Irish accent, since too many people have a tendency to blend the two together. I enjoyed both listening to this book and reading it, and being able to switch between the two formats using Whispersync was a nice option.

I really enjoyed this story. I am a history buff, so it was great reading about a part of history that isn't as well known. But not only that, the characters are likeable - when they're supposed to be - and you really care about what happens to them. We watch Freddy suffer through slavery for over three years, losing her childhood and forced to become a woman. We also see, through letters received, that not all plantation owners are the same and not everyone is brutal to their slaves. While the book is written to tel the story of Irish slavery, we also see many other people and cultures affected, and we are reminded that every culture has experienced their share of tragedy.

There are too many great scenes to pick out one specific one that was my favorite. The camaraderie between Freddy and the other slaves, especially Birdie, was great and showed how the two women supported each other through even the most difficult of times.

In the mid-1600s, Cromwell and his men terrorized Ireland, capturing Irish Catholics and selling them into slavery. Told from the point of view of a thirteen year old girl, Spirited Away is a tale that teaches this bit of little known history in a way that will make you both cry and smile. I did find myself crying more then smiling, though the author was great at inserting hope when needed to balance the book from falling into despair.

The second book in this series comes out in Kindle and Paperback in December 2014, so I'm excited about that... hopefully the author will include an audiobook of Book 2 in this series at some point as well!

Such potential! Such disappointment!!

This book should be categorized as "Young Reader". The subject sounded so interesting and fell woefully short on story and content. Don't waist your time... unless you are a teen.

Spirited Away was a interesting story., particularly because it brought to light a part of history that previously had not been on my radar. I.e. the abduction of Irish Certainly, the very dark side of slavery was depicted with heart breaking detail.. Unfortunately , for me, the narrators pace, and accents were distracting and not pleasing to my ear.