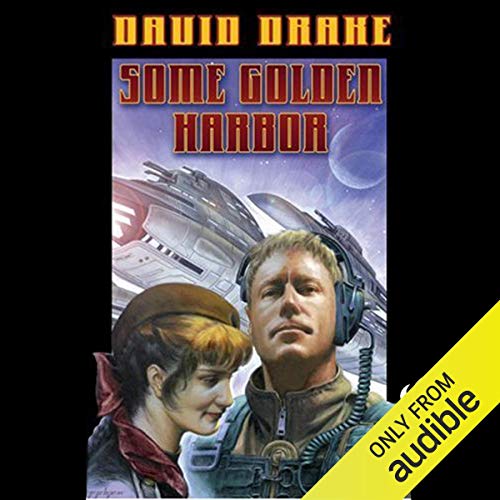 The tyrannical Alliance continues its war against the Republic of Cinnabar, and Daniel Leary, newly promoted to Commander, and his crew have a new mission: stop Dunbar's World from falling to an invasion by the planet Pellegrino. Nataniel Arruns, son of the dictator of Pellegrino, has landed with a large contingent, intending to set himself up as the ruling warlord, with the planet's population becoming serfs of the Pellegrinian overlords. And Dunbar's world has no more than their local police force to oppose him.

Leary again commands the corvette Princess Cecile, but on this mission her missile tubes are empty. Only one man is in a position to aid Leary, but the rich and powerful would rather see him fail than succeed in stopping the invasion. Leary must somehow overcome a large entrenched force on an island defended by powerful plasma cannon and shipkilling missiles and backed up by a heavily armed warship in orbit, all while commanding only a small and virtually unarmed spacecraft.

But Leary again has the help of Signals Officer Adele Mundy, who can make computer networks do the apparently impossible. Leary, Mundy, and the crew of the Princess Cecile have gone up against impossible odds before, and their opponents in those victorious missions are still wondering just what hit them.

What listeners say about Some Golden Harbor

I came to the RCN series rather late (after 6 books had been released), so when I found how much I liked the series, I started listening to them all at once. The narration is excellent and so unobtrusive, I find that I listen to the same books over and over. After about three times around, I think I agree the "Some Golden Harbor" may be the best of the lot.

An well performed presentation of a story with unexpected plot twists and descriptive combat scenes.

Daniel is sent to the back of beyond to get out of the way. As usual he shines as does more than ever expected.

adelle kicks ass and shows her usual expertise both at communications and killing things.

I love all of these books. The narrator rocks it.

I've loved all the books in the series. The author is excellent at characterization, the battles are edge of the seat. It does get tiresome being constantly reminded that Tovera is a snake and why Adele (sp?) is the way she is, but I expect that's because the author has written the books to be read in any order.